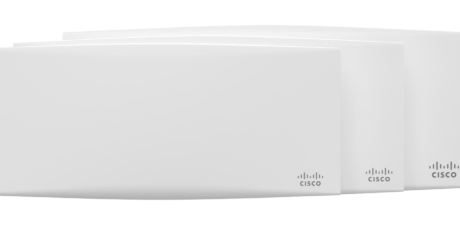 When Meraki was founded in 2006 it was a pure wireless company. And it’s probably not a big surprise that Wireless LAN technology is still an important part of the Meraki business. Today, Meraki is the clear market leader in cloud-managed Wireless LAN and if we think about Cisco as a whole (meaning Cisco Meraki and Cisco Catalyst wireless together) we’re the biggest vendor in Wireless LAN in the market. Over the years we have seen many different access points supporting the standards and customer needs at that time.

While you can have a look at the complete current portfolio on the Meraki webpage I want to focus only on the latest additions to the Meraki Wireless portfolio – the MR36, MR46 and MR56!

This question is not new, I got it already 10 years ago. The easy answer is still the same – even today: “We’re simply not done yet with Wireless LAN!”

Answering this a bit more detailed will require to look at different aspects, so let’s dig into it!

When we first have a look back in time, we notice that the first Wireless LAN standard was released by IEEE already 23 years ago – in the year 1997. That standard was not very popular at that time. It was only defined for the 2.4GHz band and supported only data rates of 1 or 2 Mbps. However, this standard started an development, which is still very active.

Since the first standard the IEEE essentially never stopped working on new enhancements and changes to the 802.11 standard. We saw for example things being added like the introduction of 5GHz frequencies or the introduction of Spacial Streams. And of course we also got nowadays way higher throughput numbers than 23 years back.
But even today, there is still a lot of potential in wireless communications and newer technologies allow new peaks in bandwidth and functionality. I’m very confident that we will see further enhancements in future.
The current IEEE standard being worked on is the 802.11ax amendment, which is scheduled to be ratified later this year. While not being ratified yet, we’re pretty confident that the current draft is going to be very similar (if not completely equal) to the final standard. In parallel to the development of the standards also the chip vendors started to provide radio-chipsets that do have the new features implemented. Meanwhile these chipsets have become stable and so everyone in the industry already moved to implement the new standard.

If you check the Meraki product portfolio you notice that there are five different access point models available, which are following the IEEE 802.11ax specifications. These models are the MR45 and the MR55 as well as the MR36, MR46 and MR56.
And I know, for some of you here’s already another question hiding: “Is there any relationship between MR45 and MR46 respectively between MR55 and MR56?” They are named very similar, they also look very similar and checking the datasheets seems to indicate that all key indicator seem to be the same as well, even the list price seems to be the same! 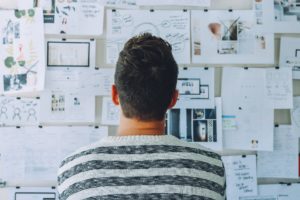 In order to understand the difference and the similarities between those access points we have to have to look at various aspects. A very obvious one is the release date. The MR45 and MR55 were released late spring / early summer 2019; the MR46 and MR56 got released in February 2020.
Another aspect is the chipset being used – the MR45 and MR55 use a slightly different chipset than the MR46 and MR56.

As both these chipsets are fully compliant to the current drafts of the IEEE 802.11ax standard you might tempted to ask: “So what?”
To answer this question, we have to look at another important body in the wireless industry – the Wi-Fi Alliance! The Wi-Fi Alliance is focusing on interoperability aspects and certifies devices that work with a predefined reference set. The latest certification is called “Wi-Fi 6” and corresponds to the 802.11ax standard. 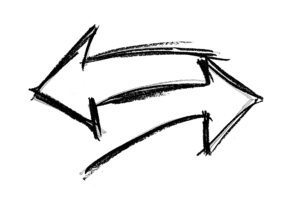 Well, you could very easily believe that “Wi-Fi 6” is just another, more sexy or more simple term for 802.11ax. It actually is not!
The differences are not big, actually they are quite small, but regarding the topic we’re discussing here they are making the difference. In order to assure better interoperability between devices of different vendors the Wi-Fi Alliance defined a few features as mandatory where the IEEE thought these features could be optional only. So, the Wi-Fi 6 certification is more strict than the IEEE standard!

The result of this sounds first a bit weird, but it means that wireless equipment can be 100% compliant to the IEEE standard but anyhow will not be able to pass the Wi-Fi 6 certification.

And now the later release date becomes an advantage – today we have the chipsets available to be inline with not only the IEEE definitions but also the requirements of the Wi-Fi Alliance. And guess what, the MR46 and MR56 have these chipsets.

If you happen to have already bought some MR45 or MR55 in the last year you don’t have to worry. These are still very good access points providing you a lot of functionality and performance, while being fully compliant to the standard.
However, if you’re thinking about investing into a new Wireless LAN project I would suggest to think about going for a MR 36, a MR46 or a MR56 instead.

Yes, I know – I haven’t talked a lot about the MR36 yet, because it doesn’t have a direct predecessor. If you will, it’s kind of following the footsteps of the MR33, which was a 802.11ac based access point. It’s therefore perfectly suited for customers that have not these high or very high density requirements, but still want to benefit from an up-to-date and performing wireless network.

Like the MR 46 and the MR56 also the MR36 got already certified by the Wi-Fi Alliance and can now officially wear the Wi-Fi 6 certification logo.