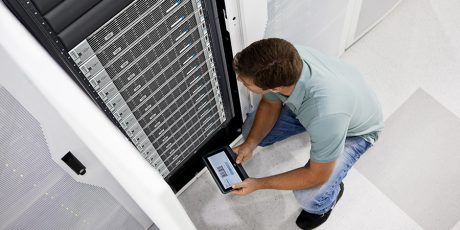 HyperFlex Architecture and how it works 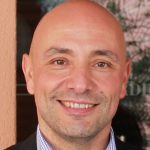 After I have introduced an overview of HyperFlex in my last blog, let me explain with this one a little bit the architecture of HyperFlex and how it works.

In Cisco HyperFlex Systems, the data platform spans three or more Cisco HyperFlex HX-Series nodes to create a highly available cluster. Each node includes a Cisco HyperFlex HX Data Platform controller that implements the distributed file system using internal flash-based SSD drives and high-capacity HDDs to store data. The controllers communicate with each other over 10 Gigabit Ethernet to present a single pool of storage that spans the nodes in the cluster (Figure 2). Nodes access data through a data layer using file, block, object, and API plug-ins. As nodes are added, the cluster scales linearly to deliver computing, storage capacity, and I/O performance. 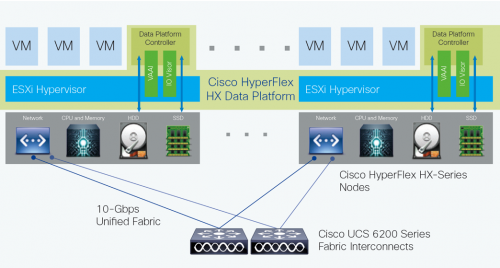 In the VMware vSphere environment, the controller occupies a virtual machine with a dedicated number of processor cores and amount of memory, allowing it to deliver consistent performance and not affect the performance of the other virtual machines on the cluster. The controller can access all storage without hypervisor intervention through the VMware VM_DIRECT_PATH feature. It uses the node’s memory and SSD drives as part of a distributed caching layer, and it uses the node’s HDDs for distributed capacity storage. The controller integrates the data platform into VMware software through the use of two preinstalled VMware ESXi vSphere Installation Bundles (VIBs):

The Cisco HyperFlex HX Data Platform controller handles all read and write requests for volumes that the hypervisor accesses and thus mediates all I/O from the virtual machines. (The hypervisor has a dedicated boot disk independent from the data platform). The data platform implements a log-structured file system that uses a caching layer in SSD drives to accelerate read requests and write responses, and a persistence layer implemented with HDDs Data Distribution. Incoming data is distributed across all nodes in the cluster to optimize performance using the caching tier. Effective data distribution is achieved by mapping incoming data to stripe units that are stored evenly across all nodes, with the number of data replicas determined by the policies you set. When an application writes data, the data is sent to the appropriate node based on the stripe unit, which includes the relevant block of information. This data distribution approach in combination with the capability to have multiple streams writing at the same time avoids both network and storage hot spots, delivers the same I/O performance regardless of virtual machine location, and gives you more flexibility in workload placement.

You can as well have a look at this video, It shows in a more granular way how the different building blocks are working together.

If you want to hear more about HyperFlex register to the live Webinar on March 29th  and learn more.