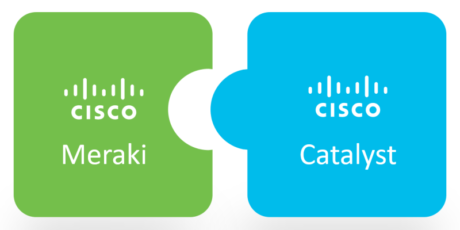 Cisco Wireless – the dawn of a new era

Wireless LAN technology is a very interesting area to work in – mainly due to the fact that it is continually changing.
Back in 1997 the journey started with 2.4GHz and 2Mbps theoretical bandwidth and it evolved since.
Along the way we added additional spectrum (5GHz) and many different additional technologies like MIMO.

I’m not going to list here all the details, but this continued improvements kept my interest in Wireless technology since I first got in touch with it back in the year 2000.
During these 22 years we were talking here and there already about an new era for WLAN – the above mentioned introduction of 5GHz and MIMO were just two examples.
And yet again, we’re at the start of an again new era for the WLAN technology.
But this time, we have two reasons for it at the same time!

Reason One – Introduction of 6GHz

While it is not yet everywhere through regulatory approval and certification, the Regulatory bodies are opening up the 6GHz frequencies to WLAN users.

In the US we get an around 1200MHz wide frequency band available to WLAN – the biggest extension in frequency WLAN ever saw till today.
In Europe we “only” get a frequency band, which is around 500MHz wide. Still this is quite a bit and comparable to the 5GHz space. In 6GHz we however have not to deal with Weather Radars and alike as in the 5GHz space.

The efforts to make 6GHz available to WLAN resulted in the Wi-Fi6E certification of the Wi-Fi alliance.
Wi-Fi6 indicates that the IEEE 802.11ax standard is going to be used and the E is indicating that 6GHz band is supported.

Having worked with Cisco Aironet/Catalyst Hardware and Cisco Meraki Hardware during my career, this is really something that makes me happy.
During Cisco Live 2022 in Las Vegas we announced the new Cisco Catalyst 916x series of Access Points. 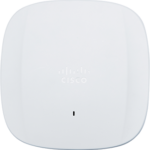 The great thing about these new Access Points is, you can order them either with Software to run them in conjunction with a WLC and the DNA-Center stack; or you can order it as Meraki Access Point that does connect with the Meraki Cloud. If along the life-cycle of the product the customer decides to change the mode of operation from on-prem to cloud managed – or vice-versa – this can be done without replacing the hardware and without buying new licenses.

I’m confident that many Cisco Customers and Partners will like this approach as I do.
The CW9166 and the CW9164 are already orderable and I’m looking forward for the first deployments by our customers.