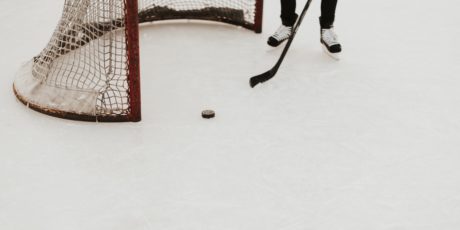 Catching up with Hockey’s biggest stars, thanks to Webex 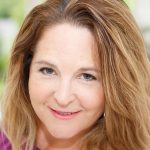 By the time July rolls around, most of the world’s greatest hockey players are gearing up to hit the golf course, not getting ready for the playoffs. But this year, as with most things, it’s simply not the same.

A delayed playoff season has meant players who typically are enjoying a much-deserved life of leisure, are now keeping their bodies and minds set on the game – even amidst the challenges of the pandemic.

How are they doing it? On July 7th, Softchoice, Cisco, and Veeam hosted a live Webex roundtable discussion with three of hockey’s biggest stars: Brad Marchand of the Boston Bruins, Matthew Tkachuk of the Calgary Flames and Tyson Barrie of the Toronto Maple Leafs. The players enlightened us about their time in professional hockey, how they’re faring during the pandemic while preparing for the playoffs and what lessons we can take from the rink to the boardroom.

All three players acknowledged this is a unique time – one that we’ll likely not experience again. Marchand began by reflecting on the past four months and how he and his family have been coping. “It’s tough. I realized how hard it is to be a parent at home all of the time. I thought my kids listened to me well, but they absolutely are the ones running the show!”

However, the new format for the playoffs – set to take place beginning in August – is one that’s weighing on everyone’s mind.

“It’s a wild situation. When do you ever get to take four months off?” said Barrie. “It’s going to be different, especially playing with no fans. It might seem weird right now but once you start playing – when Marchand is trying to spear you and Tkachuk is trying to take a run on you from the red line – it’s going to be a war again.”

“I’m excited for it,” said Tkachuk. “It sucks for a team like Boston or St. Louis, who had gone into lockdown playing their best hockey. There is definitely more of an even playing field right now.”

When asked about what it takes to be one of the best players in the league and to make it to the playoffs, it’s not surprising that their answers were similar. Hard work. Whether it’s conditioning, skills work or even working with a psychologist on the mind game – putting in the work can not only give you the physical advantage but also the confidence you need to succeed.

“It’s what allows you to be confident,” Marchand explained. “I know I’ve done the work and tried to do more than other guys. So, when I get into certain situations, I feel like I’m going to win because I’m more prepared.” A lesson that reaches far beyond the rink.

For all three, this dedication started when they were young. With former major league hockey dads in their ranks, both Barrie and Tkachuk understood what it took to become a professional hockey player. They knew the one thing that could take away their love of the game was simple – don’t just focus on hockey. Baseball, lacrosse, and soccer were just a few of the other sports and activities that kept them busy in the off season when they were younger.

“As a kid you have to get your mind off hockey. It drives me insane to see some parents force their kids into doing hockey for the full year,” explained Tkachuk. And a good reminder for all of us who are stuck in 24/7 pandemic mode to take a break and switch gears from time to time.

As we inch closer to August, these hockey heroes are getting ready to lace back up and hit the ice without the much-needed boost of energy from the fans. What do they think will be most odd about this new playoff reality? Fans being able to hear everything that’s being said on the ice. From trash talk to getting dressed down by their coaches, fans are going to get an inside look at exactly what it’s like being on the ice during gameplay.

Of the three players, Barrie feels like it’ll be easiest on him: “I’ll be fine, I’m a bit quiet out there. But these two?”

For chats with hockey stars or everyday meetings with your colleagues, Webex delivers, securely. Learn more and sign up for a free account today.