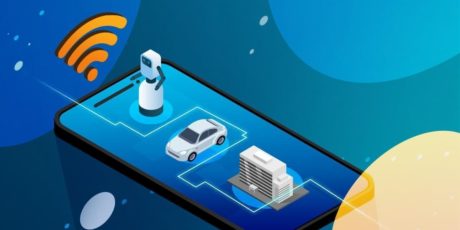 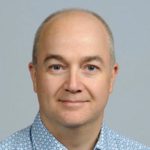 The year 2019 is shaping up to be a milestone for wireless technology.  Not only will 5G networks be rolled out across the world, but a new era of Wi-Fi technology, known as Wi-Fi 6 (or 802.11ax), is being introduced.

Did I just say a “new era”? That’s not even close to giving it the respect it deserves!  Wi-Fi 6 is far more than just next-gen wireless technology – it represents a fundamental, revolutionary shift in the way wireless networks function, how they will be deployed, and what we to do with them.

The world was first introduced to Wi-Fi in 1999 with the arrival of 802.11b which supported a whopping 11 Mbps—that was actually quite impressive twenty years ago when the world was just transitioning out of wired hubs. Within a few years we saw rapid advances; first came 802.11a that could deliver up to 54 Mbps and worked in the 5.8 GHz spectrum.  In time, faster and better wireless standards emerged and were quickly adopted by the market, including 802.11g, 802.11n, and then in 2013, we were introduced to 802.11ac (the .ax predecessor and fifth generation of Wi-Fi) – which was rolled out in two waves.

And with each new version, Wi-Fi became faster and more ubiquitous.

While many aspects of Wi-Fi have improved over the years, including security and quality of service (QoS), the speed improvements are really thanks to three basic ingredients getting better each time.  These include: 1) improved modulation, allowing us to squeeze more bits into each symbol, 2) Multiple Input Multiple Output (MIMO) – a technology that allows us to transmit different signals and spatial streams on different antennas, and finally, 3) combining smaller 20 MHz channels into wider ones that can deliver more data (up to 160 MHz channels, primarily used in 802.11ac).

Imagine you are designing a new and improved race car.  If you wanted to build a faster car that would win races, how would you do it?  Your first instinct may be to use a bigger engine, which in theory will give your car better acceleration and overall better top speed.  However, it will inevitably come to a certain point that just putting in a bigger engine doesn’t necessarily make the car go that much faster. You need to step back and look at how efficiently the whole car is performing.  Maybe a more aerodynamic chassis would help?  Perhaps newer materials will make the car lighter and thus go faster?  Innovations like this will not only help the car drive faster, they also help improve safety and fuel efficiency.

In many ways, this is similar to the evolution of Wi-Fi.  Wider channels, better modulation techniques and the use of MIMO have all helped to make Wi-Fi faster, but not necessarily more efficient. The first five generations of Wi-Fi have successively improved speed and performance, but the basic principles of how Wi-Fi works have remained the same. Wi-Fi 6 on the other hand not only gives us a better engine, it completely reinvents the vehicle!

Wi-Fi 6 began its life as IEEE 802.11ax, also known as the High-Efficiency Wireless (HEW) working group.  Their goal wasn’t to necessarily increase the speed of existing Wi-Fi networks, but rather to improve the overall efficiency of Wi-Fi so it could meet the demands of modern networks.  What they ended up with is a series of innovations that not only allow Wi-Fi to run more reliably and support a wider array of applications, it also greatly improves the performance compared with prior generations. Let’s take a few minutes to look at just what makes Wi-Fi 6 so much better than previous generations and what this ultimately means for the average user.

In the early days of wireless, the number of client devices associated with each access point (AP) was fairly low.  Today, however, nearly every electronic device is Wi-Fi capable, greatly increasing the demands on the infrastructure.  Not surprisingly, these demands, along with newer latency-sensitive and bandwidth-hungry applications, are pushing existing wireless networks to the breaking point. By way of contrast, Wi-Fi 6 has been designed from the ground up to support even the most demanding applications, including high definition video and AR/VR systems, autonomous vehicles, and ultra-latency sensitive applications, such as those used in manufacturing process control systems.

While the near universal adoption of Wi-Fi is a clear testament to its success, it also has been part of its failure.  The first five generations rely on the shared medium model – meaning only one station has access to the Wi-Fi channel and can transmit at a given time.  If more than one station attempts to transmit simultaneously (including the AP), a collision occurs and the transmission will fail. Clearly, this model works fine when we have a small number of clients associated to an AP and congestion is low, but guess what happens when the number of clients increases and everyone wants to talk at the same time? Contention!

Have you ever been on a large conference call where many people want to talk at the same time? More often than not, as more and more people join the call, the likelihood that each person will have to wait longer before getting a chance to speak increases, or they just start talking over one other and nobody can understand anything. Access to the wireless medium works essentially the same way. Wi-Fi is traditionally a contention-based method where different client stations compete for their chance to transmit. The more clients you add, the longer everyone has to wait before getting their chance, resulting in higher latency and more jitter for all.

Studies conducted by the IEEE have demonstrated that even with 802.11ac wave 2, there is a practical limit of only around 25 active clients per AP where performance begins to fall off (of course you could have more associated clients, but performance degradation becomes more noticeable beyond this number). The problem actually gets worse if you use the wider channels offered by 802.11ac wave 2. While wider channels (80 MHz or 160 MHz) are great for improving overall throughput, it also implies that more stations are sharing the same channel and thus have to contend for access to it, in turn leading to longer wait times before a successful transmission.

Wi-Fi 6 offers a host of new capabilities, including some impressive speed improvements thanks to 8×8 MIMO and an improved constellation density of 1024 QAM representing approximately 1.25x from 802.11ac. However, the real secret to Wi-Fi 6’s improved capabilities isn’t the extra constellation density or even the extra spatial stream capacity – it’s in how we access the media.

Unlike previous generations, Wi-Fi 6 is much more deterministic about which stations get to transmit and for how long.  More than that, it allows multiple stations to transmit simultaneously, thus making full use of the available channel.  Remember, with traditional Wi-Fi the medium can only be used by one transmitting station at a time.  Even if a transmitting client has only a small amount of data to send, it is the only station that can transmit once it gains access to the medium.

With Wi-Fi 6 we use a mechanism called “Uplink Multi-User Multiple Input Multiple Output”, or UL-MU-MIMO.  With UL-MU-MIMO, the AP looks at associated client stations and determines who needs to transmit. Instead of each station competing for access to the whole channel, the AP now decides which client gets to transmit and what portion of the channel they are allowed to use.  It does this by breaking up the channel into smaller segments called Resource Units (RUs). Specific RUs are then assigned to each station based on its needs for a given interval, essentially dividing up the spectrum among the stations according to their priority and need.  The best part is that all the client stations get to transmit at the exact same time – essentially multiplexing their signal onto the same channel in a shared way, thereby bypassing the contention algorithm of legacy Wi-Fi, allowing the channel to be used at maximum efficiency. 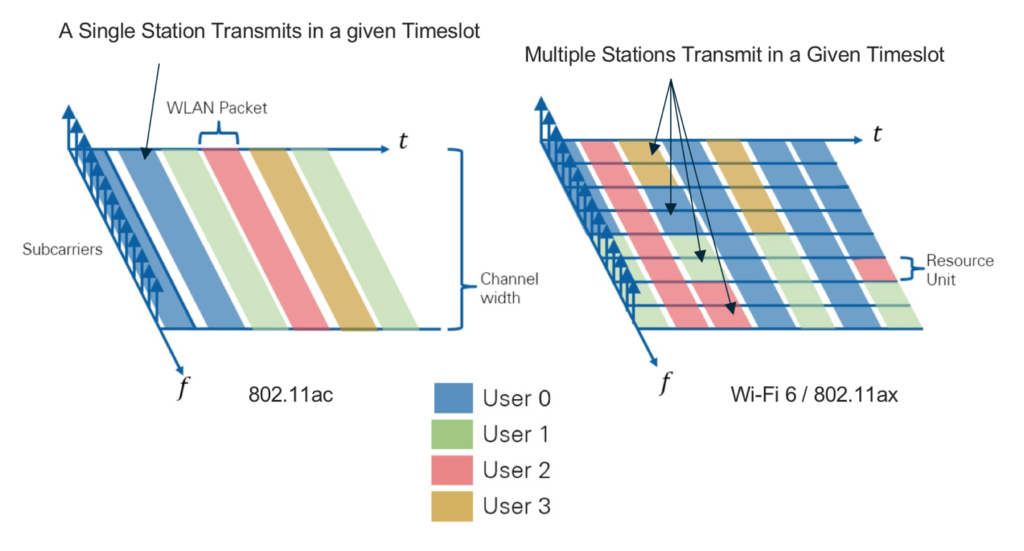 This change in the method of media access delivers significant improvements over prior generations of Wi-Fi. For example, let’s say you are using an 802.11ac network capable of 1.3 Gbps. Do all clients really need that much bandwidth all the time?  Of course not! If a client only needs to transmit a small amount of data, most of the available channel bandwidth is wasted while all the other stations must wait. On the other hand, Wi-Fi 6 allows the channel to be shared across multiple stations simultaneously, thus reducing the wait and retry times for all clients. The result is more efficient use of the available channels, and for us users, a much more reliable, flexible experience.

Did I just say slower speeds?! Why would anyone want that? We are always striving for faster and more data, but the reality is that many applications don’t require faster speeds and high bandwidth. For example, in the world of IoT, most sensors only require a minimal amount of bandwidth. If an AP were to allocate the smallest 802.11ax RU to an IoT device, it would only consume 2 MHz of the channel, providing a meager 375 Kbps of bandwidth. This may seem painfully little for modern applications, but for many IoT applications, it’s an ideal data rate.

This means two things when using Wi-Fi 6 in an IoT environment. First, you can support many more simultaneous client devices than in the past, and second, the smaller RU gives us an improved link budget of 8 dB over traditional 802.11ac.  More link budget means greater range – another big plus for Wi-Fi 6, making it a natural fit for IoT!

In summary, Wi-Fi 6 is more than just a simple evolution of throughput and speed. It rethinks how today’s wireless networks operate and what organizations can achieve along with it – this blog has only scratched the surface of its capabilities.

We haven’t even mentioned the improved efficiencies through BSS coloring, guard bands, improved battery lifetime through Target Wake Times, and (drum roll please)… the comeback of the 2.4 GHz spectrum! Yes, unlike its predecessor, Wi-Fi 6 is designed to operate in both the 2.4 GHz and 5.8 GHz spectrums.

To find out more about these exciting innovations, check out Cisco’s 802.11ax / Wi-Fi 6 page here.