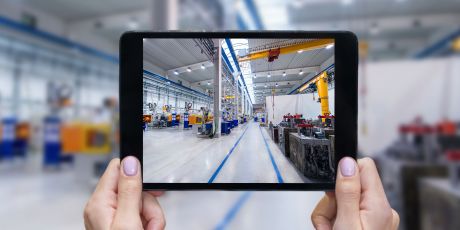 In November I attended the Advanced Manufacturing show in Toronto. Considering the recent Manufacturing Outlook from KPMG and the Industrie 2030 Action Plan, I expected much of the conversation to be dominated by a push for Canadian manufacturers to adopt Industrie 4.0/Industrial IoT technologies. And much of it was. But it also showcased home-grown plant floor innovations. Take Memex Inc., for example. The Burlington, ON-based company makes it possible for manufacturers to monitor the real-time status of production by connecting their machines to the company’s network. Why? To reduce downtime, to improve product quality and to improve Overall Equipment Effectiveness (OEE). And the results? According to Memex CEO David McPhail: “The average ROI on our solution is 300% in four months.”

Then there is OTTO Motors, a division of Kitchener, ON-based Clearpath and manufacturer of self-driving vehicles for indoor material transport. The company recently announced a new round of funding and won an International Business Award for Best New Industrial Product of the Year. OTTO is pushing the boundaries of what autonomous vehicles can do, and they are doing it here in Canada. I also spoke with the team from Bluewrist, a robotics and machine vision company based in Markham, ON. They are pushing the boundaries in measurement and visioning, enabling 2D and 3D measurements of parts as they are in production. Imagine the power to pull or fix a defective part, or fix it, while it is still on the line. Imagine never needing a recall. And, like for all the examples in this post, the data collected by Bluewrist travels over your network and can be retained for future analysis and insight. What became clear at the Advanced Manufacturing show is that the path to Industrie 4.0 is different for every manufacturer. For some, the journey begins with a wireless network pilot. For others, it’s the addition of robotics to their assembly line.

But no matter the application, the true starting point for Industrie 4.0 remains the same: your network. None of these solutions and business outcomes are possible without first laying the foundation for connectivity. And it’s not good enough to have a ‘good enough’ network when downtime can cost thousands of dollars per minute. You need a network that supports your needs for today and tomorrow, because sometimes ‘good enough’ simply isn’t. Start your transition to Industrie 4.0 on the right foot. Learn more about the power of a Cisco network today.