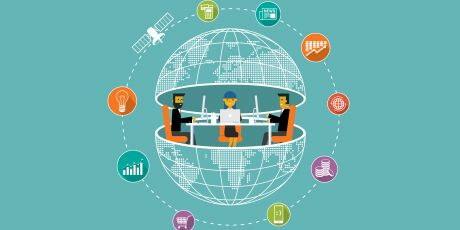 A Great Week for the Internet of Things 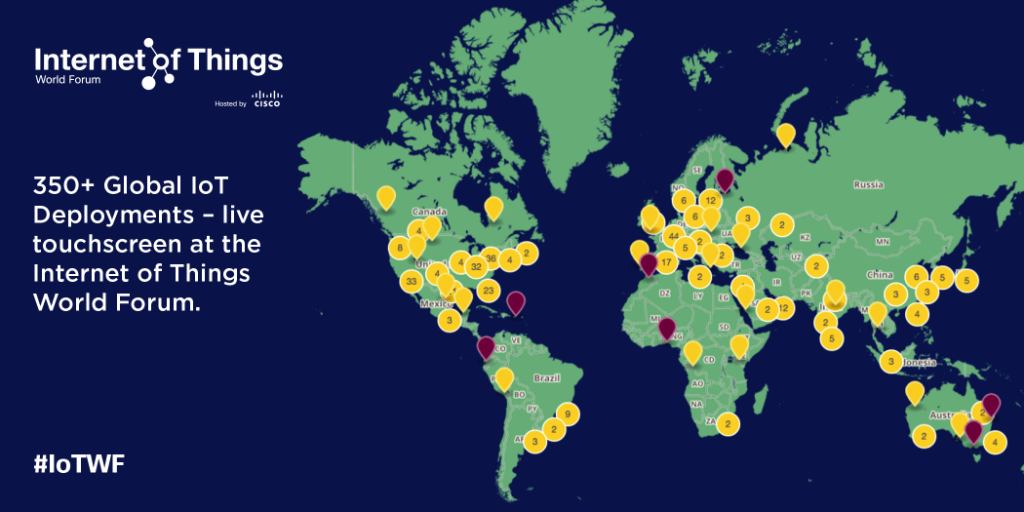 In the first week of December 2015 we concluded another successful Internet of Things World Forum (IoTWF). More than two-thousand industry professionals gathered in Dubai for the 3rd annual event to showcase, discuss, and advance the world of IoT. Cisco hosted the event, which was supported by a group of incredible companies with mind boggling experience, focus and innovation in the IoT. Global powerhouses like Intel, Rockwell Automation, General Electric, Du, 3M, IBM, Schneider Electric, Etisalat, Panduit, and Siemens spent three full days with established innovators, software companies and integrators, as well as with entrepreneurial startups that will change the face of the IoT forever.

Common themes that surfaced throughout the three days included the impact of digital transformation on businesses and industries and the focus on delivering business outcomes; securing digital infrastructure and the end-to-end integrated security of the Internet of Things; the use of data and advanced analytics to enable, differentiate, and define and redefine business models; a call for smart master integrators that can deliver unprecedented customer value by bringing together world class technologies, platforms and software; and the focus on investing in innovative technologies and value-added applications that will have demonstrable impact on prosperity, productivity and customer experiences.

To this end, Cisco announced the three finalists of its Innovation Grand Challenge during the closing proceeding at the IoT World Forum…

More than three-thousand submissions were received for Cisco’s Innovation Grand Challenge this year. All were competing for one of three prizes, which would go to the most innovative technologies defining the IoT and demonstrating excellence in digital transformation of business and industry.

The top honour was bestowed upon CyberFlow Analytics (San Diego, USA) who integrates advanced analytics, intelligence and visualization (anomalytics) to monitor the security of networks at low-infrastructure costs in smart cities and enterprises. Green City Solutions (Dresden, Germany) who serves as an IoT-linked sustainable billboard that both generates revenue and cleans the air in smart cities through a unique filtering system that doesn’t produce any costly waste received second place; and Canada’s own Eigen Innovations (Fredericton, Canada) whose platform leverages cloud-based “deep learning,” connected vision analytics and applications to solve complex problems on the plant floor of high-speed manufacturing operations came in third. More on the Innovation Grand Challenge can be found in this blog post from Cisco Director of Innovation Strategy and Programs Alex Goryachev.

For more interesting points of view on the IoT World Forum, please read these blog posts from Cisco Chairman John Chambers [a Defining Moment for IoT and Digitization] and Cisco VP of Corporate Technology and Innovation Maciej Kranz [Our Innovation Ecosystem Shines Brilliantly at IoTWF in Dubai].

But the great week for the IoT didn’t end there…

The IoT is predicated on smart objects being connected to a hyper converged, sustainable and secure digital infrastructure. Without these connected things it would still be called … the Internet.

Connecting smart objects that were previously unconnected, silo’ed and often proprietary is particularly prevalent in the industrial sector, and it is catching up fast in the digital age.

The day after the IoT World Forum in Dubai, we witnessed an exciting new alliance between Cisco and Philips Lighting come to life. The two companies will digitally transform the indoor lighting industry by connecting and innovating office lighting. Philips announced its connected IP-based lighting technology that is Powered-over-Ethernet and optimized for Cisco’s secure networks. In this new and innovative architecture, each light point sends and receives data, allowing managers to track occupancy patterns, changes in temperature and more, while employees can personalize the lighting in their workspaces. All of that leads to increased productivity and wellness.

In addition to the joint solution and the corresponding global go-to-market strategy, Cisco also boasts one of the first implementations of the Philips Connected Lighting solution. Cisco Canada’s headquarters in Toronto has become a production showcase, where the lighting system offers maximum visibility and better control, and allows Cisco to reduce energy consumption in our office spaces. It was this solution, and several other connected innovations, that earned our office the most “innovative workspace” award by CoreNet Canada.

To learn more, check out the Philips announcement and their case study on the Cisco Canada office in Toronto. Also, for more details visit the press announcement of the new IoT relationship from the Cisco website.