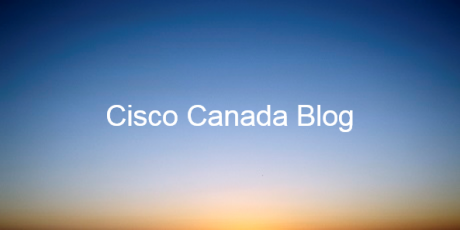 Why the Internet is Better than Hover Boards

It is 2015. October 21st. 4:29pm. Many of us are in great anticipation of where and when the DeLorean with Marty McFly will appear. Yes, it’s the year he is coming from the past to save his children… and it just happened to occur during the Jimmy Kimmel show. Notice Marty and Doc Brown’s disappointment as they find out that there are no such things as hover boards or flying cars?

Marty astutely asked “What have you been doing in the past 30 years?”

Well, Marty, let me explain how busy we have been.

In the year 1985, Back to the Future was the highest grossing film with $389m in revenues (cost $19m and $99m for all three movies) – then part of a $3b industry. In 2015, with two months to go, Jurassic World tops this list with $652m (cost $190m) – now a $10.6b industry. This significant increase may partially be the result of the growth in target audience numbers: after all, our world population grew from 4.8 billion in 1985 to 7.3 billion in July of 2015. During that time, our global GDP grew from $22.5 trillion ($4,687 per capita) to $77.6 trillion in 2015 ($10,867 per capita).  As our economy grew, we saw our atmospheric Co2 output expand from approximately 343 ppm (parts per million) to more than 400 ppm, a 17% increase (and rapidly rising). Today, our cities occupy 2% of the world’s land surface yet house more than half of our global human population and consume more than 75% of our natural resources, adding to the increasing environmental challenges we face today.

With growing economic, political, social and environmental turmoil that has resulted in the greatest disparity of wealth and resources, we have seen the number of armed conflicts increase from 41 in 1985 to more than 55 in current years supported by global military expenditure of $1.7 trillion. With plenty of advancements in technology, innovation and economic opportunity during this same time period, there are still 2.5 billion people that live without adequate sanitation and almost 800 million don’t have access to running water. One in nine people on earth still don’t have enough food to live a healthy, active life. Today only 64% of boys and 61% of girls of secondary school age are enrolled in secondary schools worldwide, and the numbers are worse in developing countries. There, only 32% of secondary school-aged children have access to education.

Our “achievements” go on and on. Amidst these (and so many more) staggering accomplishments, we have also witnessed the introduction of an innovation that has the ability to change much of it for the better.

With the development of the Internet Domain registration system in 1985, we have seen the creation of the fastest-growing infrastructure ever: the Internet. In 1994, the Internet became accessible to the public through the World Wide Web. We saw the Information Age (computers and automation) give way to the Digital Age (Internet), and now we are going to experience the real, exponential impact of the Internet of Everything on how we work, live, learn and play.

First, the Internet changed how people exchanged messages and modernized human communication. Then, we saw the emergence of commerce (Amazon in 1995; PayPal in 1999) as the Internet helped redefine the interaction between supply and demand, buyers and sellers. The third wave of the Internet was characterized by the redefinition of “social” interactions (LinkedIn in 2003; Facebook in 2004) and next we saw communication evolve into advanced synchronous and asynchronous collaboration (Dropbox in 2008; 2007 Cisco acquisition of WebEx).

We have since entered in the fifth wave, the maturity-cycle of the Internet known as the Internet of Everything: the connection of “things” and smart objects to the Internet, with context, above and beyond the people that already use or will connect to this powerful digital infrastructure. 14 billion smart objects are communicating today across the Internet and we will see this number grow to 50 billion in less than five years.

In fact, more than 30% of Internet traffic today is generated by “things” instead of people. By combining the power of these things and people, with processes and data, we see the opportunity to enable, differentiate or redefine business models and experiences as we have never seen before.

So, to Marty and Doc I say: we may not have exactly succeeded in building hover boards and flying cars, and in many ways we’ve not even built a more sustainable and equitable world, either. However, what we do have is a secure, scalable and sustainable 21st century digital network infrastructure that is the foundation for the digitization and consequent transformation of our countries, cities and industries.

If we take advantage of the capabilities in front of us in today’s Digital Age, we have the opportunity to positively impact economic stability and growth (stimulating innovation, job creation, new business markets and consumption models that meet the needs of future generations); provide a more equitable society (universal access to healthcare, education and global connectivity); reduce environmental footprints (urban mobility transformation including the roll-out of electric (is Tesla a car or software company?) and autonomous cars, environmental monitoring and resource optimization, grid modernization and energy management and conservation); and create game-changing experiences and interactions (improve quality of life, simplification, preparing for Millennials and future generations to enter and thrive in a connected world).

Put to good use, the Digital Age will offer the tools and capabilities that finally allow us to rapidly improve and transform our global and urban challenges. And one day, for sure, we will also have our hover boards and flying cars.