Cloud Computing, Coming to an Oil and Gas Company Near You

For many in the Oil and Gas industry cloud computing might seem like a confusing IT buzzword with very little substance. Trying to wade through the complexities of all its offshoots (public, private, on-premise cloud) without understanding the base concept probably just makes things worse. So is this just technology for technology’s sake or are there some real benefits to cloud computing for Oil and Gas?

The answer is unequivocally yes. Cloud computing will significantly change the way the Oil and Gas industry will use IT, and, in fact, the change is already underway. 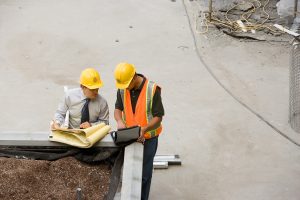 Not so new after all

The term cloud computing can be a bit vague but if you instead think of it in terms of the function it actually performs, it becomes straightforward. If cloud computing was called “Hosted Application Services” it might not be so confusing!

It’s easy to appreciate the skepticism of many who don’t understand the value of cloud for Oil and Gas. In the past, new IT paradigms haven’t always lived up to their hype, and many were simply not applicable to the unique challenges of the Oil and Gas industry. Cloud computing is different because it shares many of the characteristics of other technologies that have delivered new value to the industry, such as: reducing operational costs, reducing non-productive time (NPT), and reducing business risk and uncertainty.

More then 20 years ago client-server computing dramatically changed how companies used applications by bringing the application, data, and compute power directly to the desktop and in the hands of the user. As computer technology became critical to Oil and Gas professionals, they demanded faster innovation and flexibility. The traditional mainframe paradigm of IT could not provide the speed of innovation that the new generation of interpreters and engineers demanded. They wanted direct access to the new applications being written for oil and gas without being handcuffed to a slow and complex centralized IT infrastructure. The adoption of the client-server model empowered those users with a wave of application innovation and significantly more compute power to perform more complex analyses with far more data then previously possible. The downside was increased IT complexity, a reduction in economies of scale, and increased IT spending as hardware, software licensing, and data storage prices ballooned.

In a way, with cloud computing today, we’re moving back to a centralized data and compute environment, but one without the hardware limitations of the old mainframe model.

A recent article published by the American Oil & Gas Reporter shows how cloud computing is establishing strong inroads within the oil and gas industry: “Oil and gas operations are field intensive, and there is readily attainable value to be derived from deploying cloud-based services.”

That value will be delivered through cloud computing’s ability to allow even greater innovation and economies of scale for everyone. From large companies to individual consultants, cloud computing will level the playing field.

In fact, most of us are already using a cloud-based service of some kind, it just happens to be on our personal smartphones. Most popular online email and file sharing services are good examples of cloud computing on a personal scale. The same kind of technology is enabling us to connect on social networks, transfer files seamlessly, and even access data and applications without having to own, support, or manage it on your device. Imagine this in the oil and gas industry.

In my next blog, I’ll explore why cloud computing will be adopted in the Oil and Gas sector and discuss its specific benefits to the industry.