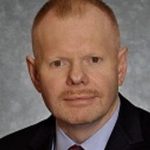 This week saw the release of the latest Cisco Visual Networking Index (VNI) Global Forecast, covering findings from 2013 to 2018. Now in its ninth year, the VNI has proven to be a strong tool for forecasting and analyzing Internet network growth and trends worldwide. As well as a valuable resource for our service provider partners, the study also consistently provides some fascinating and eye-opening statistics about our ever-increasing connected world we should all be aware of.

It’s hardly a revelation to say that the number of people connecting to the Internet continues to grow, but what is startling is the speed of that adoption. In 2018 alone, more traffic will traverse global networks than all prior ‘Internet years’ combined (as of the end of 2013). To put that in context, from 1984 to 2013, 1.3 zettabytes of end-user IP traffic were generated globally. By 2018, the VNI projects 1.6 zettabytes of global end-user IP traffic will be generated annually. 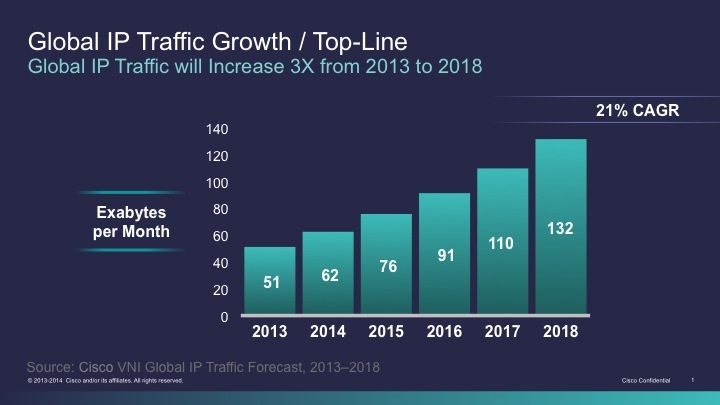 Continuing the pattern of the most recent forecasts, two areas that continue to experience fantastic growth are video and mobility. IP video will continue to grow, making up a staggering 79% of all IP traffic by 2018, up from 66% in 2013.

Much of the reason for this dual growth is the continuing desire of consumers to view media and entertainment while ‘on the go’ – moving away from traditional television and video outlets – in the form of micro, short, long and ultra-long form video content.

Canada is on track with the rest of the world when it comes to continuing network, video and mobility growth. In 2013 alone, Canada’s Internet traffic was equivalent to 3 billion DVDs per year, 231 million DVDs per month, or 316,257 DVDs per hour. And that’s just a taste of things to come. Canadian Internet traffic in 2018 is expected to be the equivalent to 47 times the volume of the entire Canadian Internet in 2005, and 33 million Canadians online with a total 314 million networked devices.

Not surprising then that service providers need to be ready for this explosive growth, not just to capitalize on the market potential, but also to ensure the proper infrastructure is in place. Next week I’ll be attending the 2014 Canadian Telecom Summit in Toronto where, among many topics, we’ll be discussing options for service providers as they prepare for the inevitable surge in network traffic.

It’s an exciting time for the industry and for consumers. We know what’s coming up and we need to be sure we capture all the possibilities.