Cisco and social responsibility – A year in review 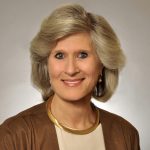 For Cisco Canada, 2011 was a year of re-focusing our Corporate Social Responsibility (CSR) efforts to make sure we made an impact where it counts – through employee engagement, not-for-profit partnerships and transformations in Education, Healthcare and communities through gifts of collaborative technologies.

In February 2011, with 19 new members, we re-launched the Canadian Civic Council, a volunteer board that directs Cisco’s charitable programming and employee activities in support of key not-for-profit partners. And the results were tremendous! The year was full of fantastic programs, a result of the passion and dedication of the council members. Some highlights include:

– Bowl for Kids Sake in support of Big Brothers Big Sisters which brought together 192 employees in Toronto and raised over $50,000. Cisco is a big supporter of Big Brothers and Big Sisters throughout the year, with employees participating in events across Canada.
– Food bank volunteer days – Cisco employees across Canada volunteered to sort food at local food banks.
– Connected Santa brought the magic of Christmas to children in hospitals across Canada. Using Cisco technology the man himself was beamed into IWK Health Centre in Halifax, Children’s Hospital of Eastern Ontario and Ronald McDonald House in Vancouver for a visit with kids who would not have otherwise had the opportunity to see Santa.

Nurturing existing not-for-profit partnerships and developing new relationships was also a key focus for 2011. As part of this effort, we established an initiative called “Connecting Not-for-Profits”.  This initiative enables Canadian Not-for-Profits from all sectors to use Cisco TelePresence suites around the world to connect, collaborate, extend their reach and drive their impact in the communities they serve. Through this program we are currently supporting the important work of Free the Children, UNICEF, Dignitas International, Big Brothers Big Sisters, International Women’s Forum, the Greater Toronto Marketing Association, Public Policy Forum, Women of Influence, Muscular Dystrophy Canada and Pride at Work Canada. Like many non-profits, these organizations struggle to collaborate globally due to the costs and time commitments associated with travel. Cisco TelePresence, a high definition video conferencing solution, allows them to collaborate in more effective and meaningful ways.

With the launch of 25 Transformational Canadians, a program developed in 2010 that called on Canadians to nominate individuals who transformed the lives of others in Canada and around the world, Cisco adopted a mandate to help organizations extend their reach and scale through donations of transformational technologies. In 2011, as part of this mandate, we launched a connected healthcare program to enhance hospitals service offerings. Through this program Cisco has donated transformational technology to hospitals in Ontario including the Li Ka Shing Knowledge Institute, Holland Bloorview, TGH/Western and UHN, and has brought service delivery changing technologies to these organizations including Nurse Call, Warmline Call Centre and Smooth Roaming computing.

We also teamed up with David Suzuki and the David Suzuki Foundation (DSF) to help the organization share their message on a larger scale. Cisco donated four TelePresence units to the foundation – one for each of its offices located in Vancouver, Toronto, Ottawa and Montreal. With Telepresence, David and his team can collaborate more often, and more effectively, in real time – despite time zones. And the Suzuki Foundation has found a powerful new way to reach and influence thousands of school children and Canadians from coast to coast. On March 30, 2011, through the use of TelePresence and WebEx, over 16,000 students and teachers from 164 schools across Canada had the opportunity to connect with David Suzuki and hear his message. David was able to reach more students in one day than he would normally speak to in an entire year!

As we move forward in 2012, employee engagement, not-for-profit partnerships and transformation through technology enablement will continue to be key areas of focus for Cisco Canada’s CSR team. We look forward to continuing and expanding our programs in the coming year, and sharing these stories with you.