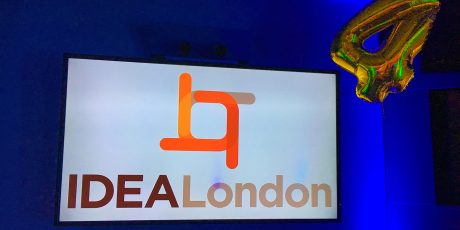 IDEALondon ‘scales up’ with another big birthday celebration 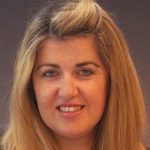 Last week it was beginning to look a lot like Christmas down at IDEALondon, as our innovation space was awash with spruce trees, gifts, and even a dash of snow. 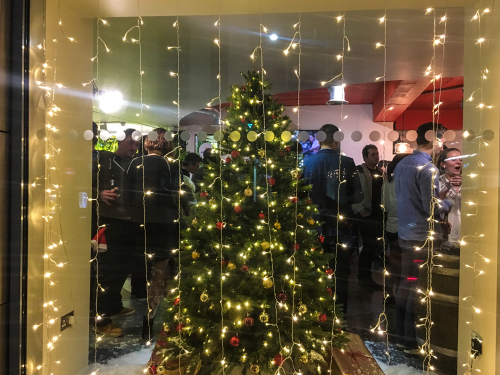 Not content with celebrating just the festive season, though, we had our fourth birthday on the agenda too – as well as the launch of a fascinating new report on the state of the UK’s scale-up ecosystem.

Jane Butler, vice dean at UCL’s faculty of engineering and one of the original founders of IDEALondon, welcomed a packed house of start-ups, entrepreneurs, and enterprise innovators.

“This,” she said, gesturing around the room, “is how small companies grow in London.” Post-accelerator centres like IDEALondon are vital, she went on, to helping start-ups evolve from small-scale, bootstrapping origins to world-beating organisations.

Cisco innovation manager, Ersel Oymak, concurred. The community and network that’s grown up around the IDEALondon space over the past four years, he said, has been vital to helping start-ups make the connections they need to grow further. Indeed, there have been more than 400 customer engagements since the centre was founded just four years ago.

And the work that smaller, more agile start-ups can do in an increasingly disrupted environment is only growing in importance. Shetal Edwards, EDF’s head of innovation partnerships, highlighted how crucial this is for the energy industry – a sector that is currently undergoing massive change.

“We know that good ideas coming into our industry won’t always come from within our organisation,” she said, “they’ll come from small companies like the ones here at IDEALondon.”

The extent to which these good ideas – and the entrepreneurs who have them – are growing in the UK was the subject of a brief presentation by Alberto Onetti, chairman of Mind The Bridge and coordinator of the Startup Europe Partnership (SEP). 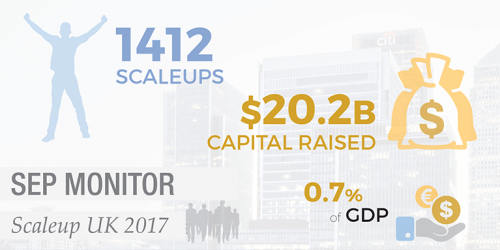 The UK, he said, is currently outstripping the rest of the continent when it comes to producing scale-up companies (defined in SEP’s new report as start-ups that have raised over $1 million). Britain is currently producing more scale-ups than France, Germany, and Benelux combined.

Brexit, however, is set to blunt this performance. Alberto was keen to emphasise the role the government can play in supporting start-ups through this transition period, and in encouraging a spread of London’s influence to help establish stronger innovation networks elsewhere in the UK.

On hand to respond to these thoughts were two IDEALondon alumni, who have successfully scaled their businesses out of the start-up stage.

Freddie Talberg, a serial entrepreneur who most recently achieved an exit with his company Pie Mapping, suggested that more could be done to invest in people who are building business portfolios and offering real employment opportunities.

Asset Mapping founder Bill Clee agreed, and suggested that while government funding – through Innovate UK projects, for instance – can be extremely beneficial to entrepreneurs forging their own path, there’s a risk that start-ups “forget to become a business, and forget to make money of their own.” 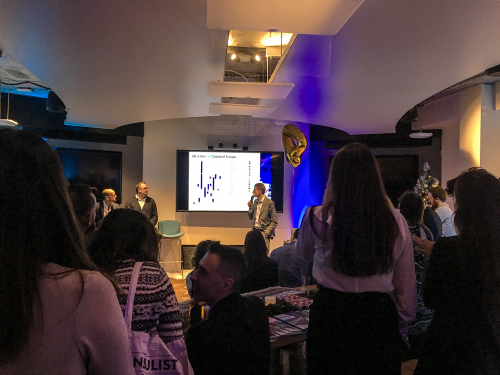 And money, said Mind the Bridge’s Alberto, is ever the key. Part of the reason why so many start-ups up sticks and head over the Atlantic is that there’s a promise of more funding there. But, he added, the bar for investment in start-ups is much higher in Silicon Valley. “The Valley is not good at starting start-ups,” he said, “it’s good at scaling at warp speed.”

This, as well as a rising degree of risk aversion in the Valley, presents a real opportunity for the UK, said Jane of UCL.

The current gap between our two nations is one into which London and the UK’s start-up community can grow – and bring the rest of Europe with it.

You can download the full report for free here!

We’re here LIVE at IDEALondon celebrating their fourth Birthday and are talking with Alberto Onetti, Chairman of Mind the Bridge all about our Scaleup UK 2017 report released today.