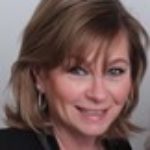 Angela is the Managing Director responsible for Cisco’s Partner Organisation in the UK and Ireland. She has been at Cisco for 27 years and she has held many positions. Starting at Cisco in 1992 as a Contract Administrator working out of the Brussels office, she has absolutely grown her career through a number of different roles. She held a number of EMEAR roles that meant extensive travel across the region where she was privileged to work with many different and diverse cultures. In 1999 she moved back to the UK to take on her first management role. Angela is known for her decisiveness and clear-minded customer focus and proven track record as a leader with the ability to build and run diverse teams. She started her delivery career running the BT account, which grew significantly following the successful roll-out of several flagship projects, culminating in the delivery of the 2012 London Olympic Games Network. A once in a life time opportunity that remains the high point of her career to date. Following on from that, Angela expanded her responsibility to encompass the rest of the Services business across the UKI. She grew the revenues to almost $100m while consistently delivering the highest profitability across EMEAR. In 2013 Angela made a significant change of direction in her career and moved from delivery into sales where she took responsibility for the Service Sales team. This was a major change that posed many new challenges but one that gave her a much wider perspective on our largest customer and partner engagements. Therefore, it seemed like a natural evolution of her career to step across and run the UKI Partner Organization in 2015. Using a diverse mix of experienced and Early in Career Talent, the Partner Team remains focused on building and enabling a world class ecosystem able to deliver against Cisco’s ever broadening technology portfolio whilst creating a community that jointly addresses CSR Projects. A mother of two boys, she balances her career with a fulfilling family life as well as a desire to improve her golf skills! She describes herself as an enthusiastic golf novice!