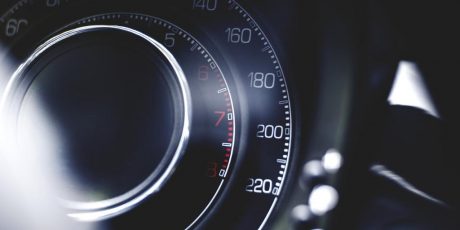 You didn’t misread that title. With every passing hour another 80 businesses are born in the UK.

This is according to StartUp Britain’s latest figures, which show 342,927 start-ups were registered with Companies House between January and June this year.

And these numbers are even more impressive when compared with 2015 (a record year in itself), when the entire year only saw 608,110 companies registered.

We’re clearly in the midst of a massive entrepreneurial boom, but why?

Here are five things I think could be driving it…

There are more funding options available to would-be business-owners today than ever before, and one particularly area that has exploded in recent years is crowdfunding.

With more than 1m people using crowdfunding platforms last year in the UK alone, and £245m being raised by this method in 2016, this (relatively) new kid on the block has quickly grown into a popular and accessible source of capital for many start-ups.

Internet-savvy entrepreneurs have fast realised that with an internet connection and a lot of creativity, they can potentially gain investment without even leaving their living room.

It’s not necessarily easier to get funded this way versus traditional options, but it certainly makes the ability to secure funding seem less of a barrier (and much less intimidating) to the average person looking to take the plunge and launch their own start-up.

And even if you’re not going down the crowd finance route, there are a number of ways to connect with potential investors online, such as forums or social media channels, that simply wouldn’t have been available to would-be business-owners in the past.

A decade or two ago you could look at any industry and identify a handful of established players sitting safely at the top of the market.

In the past few years, however, the landscape has been shattered by the likes of Deliveroo or Funding Circle – fresh faces taking a disruptive approach to an old industry and winning market share from traditional brands.

This has created the belief, quite rightly, that those giant corporates with all their history and their household-name brands are no longer invincible.

And with new technology breaking down historically impenetrable barriers like access to market or funding or talent, there has never been a better time to take them on.

London has – rightly or wrongly – tended to be seen as the centre of the UK when it comes to business and innovation, but increasingly we’re seeing start-ups thrive in other parts of the country.

Outside the capital, Manchester saw the highest number of start-ups in the first half of 2016, followed by Glasgow, Leeds, Edinburgh and Liverpool.

This reflects findings from our own research into IoT and blockchain start-ups, which found a huge number of new companies in both those sectors are born in the north – part of the reason we decided Manchester was the best place to launch our brand new Mi-IDEA innovation centre!

Could these pockets of innovation in parts of the country outside London be driving up the overall numbers of start-ups in the UK?

As I mentioned above, we’ve seen plenty of new players disrupting established markets over the past few years.

When you couple that with the fact that fewer start-ups are failing now than ever, according to the same StartUp Britain study, you can see how people’s confidence in beginning their own business venture may have grown in the first half of the year.

But while we are clearly a nation of great inventors, scaling up is equally important if we want to build upon that and create a strong entrepreneurial economy in the long run.

The confidence to get up and run with an idea is one thing, but focussing on commercialisation to convert that idea into a thriving, sustainable business is another thing altogether.

Let’s not forget the impact wider societal changes have on the start-up market.

It is fair to say that the traditional 9-to-5 career, where you stay with the same company for 20 or 30 years and work your way up, is well on the way out.

Many people now have multiple careers in their lifetime, and more people than ever work for themselves on a freelance basis.

There’s a desire for more control and greater flexibility, facilitated by technology such as WebEx or Spark that allow you to communicate with companies large and small regardless of location.

You could argue, in that case, that the jump into the world of running your own start-up is nowhere near as big and scary as it once was.

Whatever the cause, let’s be proud to live in such an entrepreneurial nation. And long may it continue.