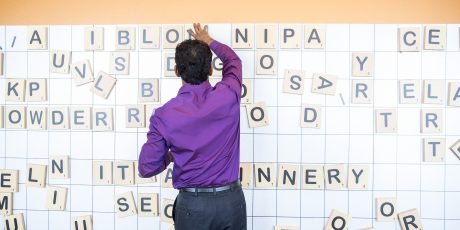 We’ve been working with Startupbootcamp for a number of years already, predominantly through its accelerator programmes based in Amsterdam, Berlin and here in London.

Last month we announced plans to extend this relationship to take in Startupbootcamp’s global network that includes 14 main hubs in major cities across the world and mentorship opportunities in more than 30 countries.

Much like our work with start-ups at IDEALondon, connecting with organisations like Startupbootcamp means being able to work closely with some of the most innovative minds in the industry.

This is just one of the ways in which Cisco can access market and technological insights into what’s going on at the very front of the curve. Our five pillar approach to innovation – Build, Buy, Partner, Invest, Co-Develop – is aimed at developing an ecosystem within which innovation thrives.

By working with start-ups in this way we can offer them potential access to resources that would usually be out of the reach of early stage companies.

Far from being a case of ‘start-up tourism’, a term coined on the Start-up Hub, this is about mutually beneficial collaboration.

More than just that, though, this expansion is another example of our belief in the fact that innovation can occur anywhere – you just need to help to nurture it. Some of the world’s most ground-breaking inventions and disruptive companies started life in a garage or garden shed, after all.

Our Country Digitisation Acceleration initiative encompasses all of this, and we’ve been working since last summer to roll out our blueprint for tackling key issues such as productivity, education and skills improvement.

There’s huge value to be gleaned from the interconnection of innovation hubs, rather than allowing them to be trapped in siloes. This global extension of our collaboration with Startupbootcamp is reflective of our work within the UK to boost digitisation and technological innovation across the country.

Earlier this year, our CREATE innovation centre moved into new premises in Camden. The choice of location was influenced in part by a desire to take people out of their comfort zones. We also wanted to set down roots away from established London tech districts such as those dotted around Old Street and Shoreditch.

And innovation in the UK isn’t confined to London either – just as Startupbootcamp’s accelerator programmes in New York and Miami prove that US innovation doesn’t exist only in Silicon Valley.

The soon-to-be-completed Mi-IDEA centre in Manchester will be home to some of the brightest minds in smart city, IoT, digital healthcare and the digital creative sectors.

Elsewhere in Manchester, as technology lead on the CityVerve smart city demonstrator we are committed to developing innovative solutions that can be transferred as a blueprint to other towns and cities all over the world.

So where to next? Nesta’s 2016 Tech Nation report has shown healthy growth of the digital economy across this little island of ours, and more regionally-specific documents such as Tech North’s Digital Powerhouse have shown similarly positive signs.

All we can do, then, is to continue to cultivate this collaboration and innovation wherever it will grow. Which is, it seems, everywhere!