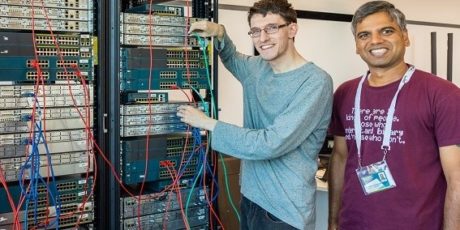 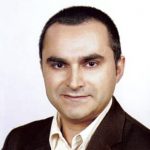 You’ll probably already know that Cisco’s Networking Academy is a global not-for-profit education programme, launched in 1997 to address digital skills gaps. To date, our academies have trained more than 9,000,000 students across 180 countries. And in the UK, Networking Academy collaborates with schools, colleges, universities, libraries, apprenticeship training providers and other environments.

Our aim is to support skills enhancement and improved digital literacy for all, so it’s always great to hear positive feedback from both teachers and students.

Having experienced Networking Academy from both perspectives, Kapilan explains what he thinks makes it so effective.

“This hands-on element is vital, as it means our students leave university ‘job ready’ and equipped to be a fully functioning member of an IT team. This is partly why so many of our students have already secured jobs prior to graduating.”

Networking Academy for the next generation

It also helps boost students’ confidence and self-belief, as demonstrated when UWTSD students George Searle and Paul Lawrence, plus recent UWTSD graduate Lawrence Edwards entered the 2018 WorldSkills UK LIVE competition. Having successfully made it through the Welsh rounds, the trio went on to compete in the finals against other learners from all over the world.

The competition culminated in a gold medal win for George (pictured above with Kapilan); an incredible achievement. And if that wasn’t enough success, he will also soon begin a graduate training scheme with BT.

“UWTSD has given me a fantastic start and the close link with Cisco was an important factor for me,” says George. The support I’ve had from Kapilan has been incredible. He was there to guide and help me all the way. Now, I’m looking forward to starting my career with BT.”

Further information from UWTSD about its participation in WorldSkills UK LIVE is available here.

For university students like George, the offer of employment from BT prior to graduating demonstrates that traditional teaching combined with the online materials, courses and support offered by Networking Academy helps transform students into highly employable members of the workforce.

As for Kapilan, he is now looking forward to next year’s intake of new students, where once again, he can pass on his knowledge, using Networking Academy’s combination of relevant courses and hands-on training to offer students access to the highest standards of education.

Read more about UWTSD and its students’ achievements at WorldSkills 2018 here.