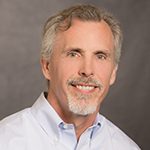 Gee Rittenhouse is Senior Vice President of Engineering for Cisco’s Security Business Group, leading the build-out of the company’s security portfolio while driving alignment of security development efforts across the business.

Rittenhouse was named one of Cisco's Rising Stars by CRN after he was recruited by John Chambers in 2013 to help the company shape its cloud and virtualization strategy. He accelerated development of Cisco’s software stack, NFV and SaaS consumption model, and he currently leads the Security Engineering organization in standardizing on Agile Transformation methodologies.

Prior to joining Cisco, Gee served as President of Bell Labs, leading the extensive transformation that followed the merger of Bell Labs and Alcatel's Research group

As a highly respected IT industry leader with more than 20 years of experience in the telecommunications industry, Gee is a featured speaker on advances in mobile communications and wireless networking technology, management, policy, applications and security. He has appeared before the U.S. Congress, U.S. FCC, European Presidential Commission, and World Economic Forum. He has twice been elected to the Global Telecoms Business Power 100, has published numerous articles, and holds more than a dozen patents.

Gee served as a member of the Advisory Board for the University of California, Santa Barbara CE Department; served as Chairman of the Board of Green Touch; and is an ALU Foundation Board member with the goal of educating disadvantaged women worldwide. He has a PhD degree in electrical engineering and computer science from the Massachusetts Institute of Technology, is a senior member of IEEE, and is a past winner of the IEEE Communication Quality and Reliability (CQR) Chairman’s Award.

See all of Gee's blogs on blogs.cisco.com.