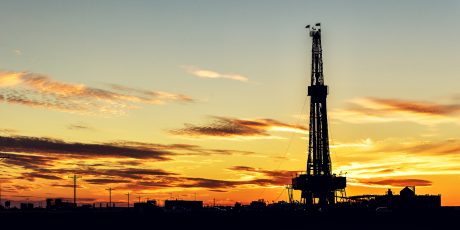 Information: The new commodity more valuable than barrels of oil 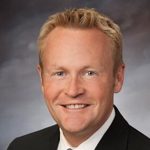 With the “lower for longer” reality, today’s oil and gas market is very different. Those who will survive will do so by mining the vast qualities of data, and using it to drive down operational costs.

“Only three words are needed to describe the consequences of the technological advances that are in play; speed scope and clarity.

Technical people are routinely speaking in multiples of 10. “Ten times as much information as before.” “One tenth the time it used to take.” “Ten times the accuracy.” And even, “Ten times the depth.”  – Peter Tertzakian

And it won’t stop there.  Today we produce a fraction of the actual hydrocarbons in the ground.  The reason?  Simple. We have not found a technical way to economically produce them.  Consider that for every barrel of conventional oil or gas equalivant, produced in Canada over the past 100 years, we left behind 3 to 4 barrels.  In the oil sands we currently are only able to develop ~20 percent of the resource, and yet that 20 percent represents the second largest resource in the world.  Little more then 15 years ago none of the oil sands were producible.  Technology has driven all of this and has leapt Canada into the 5th largest producer in the world.  Yet we still leave more in the ground than we produce.  So imagine 10yrs, 20yrs, and 30 yrs from now.  We don’t need to find more oil and gas in Canada; we are actually awash in it.  We need more innovation in technologies that allow us to economically produce the barrels we leave behind today.

Beyond energy-specific technologies like horizontal drilling, fracing, and micro seismic, more horizontal technologies will be adopted and have a dramatic impact on lowering operating costs, reducing safety related incidents, and dramatically reducing time to first oil. All critical to the future sustainability of the Canadian Oil and Gas industry.

“We don’t need to find more oil and gas in Canada; we are actually awash in it.  We need more innovation in technologies that allow us to economically produce the barrels we leave behind today.”

The low-hanging fruit has been picked. So what now? How can you drive improvement and value when you’ve already reduced external spend, divested yourself of non-core assets, and reduced overhead every way you can?

IoT, the Internet of Things, is just beginning to gain ground in the Canadian oil industry.  As important as SAGD or directional drilling were in the beginning of this century to allow Canada’s oilsands and unconventional resources to be economically viable, today remote sensing, remote intervention, mobility, collaboration, and Data Analytics are the sought-after tools. Companies will compete in a new partner ecosystem to leverage these horizontal technologies to drive down costs and become competitive in a new era of low-cost oil.

Are you more intelligent as an operation than you were last year?

More then 90% of data used in oil and gas is never turned into business insight.  That is because network, compute, and analytics were not robust enough to process the vast amount and diversity of data gathered from operations.  Today that has changed.

“For Example,  Woodside are teaching Watson to think like an engineer and in return, Watson is helping them think like 1000 engineers, sharing 30 years of knowledge, 75% faster – Critical at a time when more senior oil and gas employees are departing the industry, creating a significant knowledge gap.”  –  IBM

By fully investigating and analyzing the information you already have, you’ll be able to maximize the potential of your assets.

One of the biggest opportunities is analytics for preventative maintenance: preventing outages before they seriously impact production. The vast amount of historical data companies already have, but have not harvested, represent the biggest opportunity to drive out costs. By tracking how equipment is used and shaving off even small amounts of down time, companies can maximize availability. Real-time fleet and equipment monitoring could drive millions of dollars a year out of OPEX.

Is new technology working for you?

The new reality in oil and gas is that technology is not an enabling tool, it is the backbone of efficient operations. Autonomous trucks and remote operations have already demonstrated demonstrable cost savings in other industries, and will deliver significant costs savings to Canada’s oilsands. Sensors and technology can now support underground work in real time or near-real time. Underground mines are now using remote drivers on the surface to control up to 4 haulers with one driver, translating into efficiency, increased safety, and lower OPEX.

Have you developed a partner ecosystem for the new digital world?

Your industrial partners are critical to operations, but new digital partners will become critical.  Analytic and data scientists will become the new competitive currency that operators will compete for.