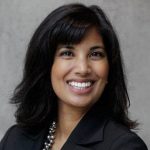 As we in British Columbia (BC) celebrated the official transfer and ‘birth’ of the First Nations Health Authority (FNHA) on October 1, 2013, I thought it timely to share the transformational story of Dr. John Pawlovich and Takla Landing.  But to understand the transformation, I need to share why we are working with the FNHA to help enhance the lives of those citizens living on remote reserves in rural and remote BC.

The community of Takla Landing is a First Nations community, over 1000 km north of Vancouver, and 350 km north of Prince George. The latter portion of the journey is mainly travelled on unpaved, logging, radio-only roads. The remoteness is very real, much like many other First Nations communities in the area, and difficult to imagine unless you experience it firsthand. Personally, I cannot remember being in a place like Takla, which was so peacefully quiet at night. The landscape was breathtaking, with mountains behind the foreground of Takla Lake, which was frozen at the time of my visit, but we were told was abound with lake trout, kokanee, chinook and sockeye salmon in the fishing months.

The citizens living in Takla Landing never had regular access to a physician and the trip to the closest urban centre (Prince George or Fort St. John) where physicians were physically located was very often too far for residents to travel. As we all know, regular access to healthcare is very important in maintaining one’s highest level of health, and it is all too easy to ignore symptoms and problems if obstacles such as travel are standing in our way.

We knew we could help. We worked with FNHA to identify a community that would participate in an incredible TelePresence pilot – one that would bring residents face-to-face with a physician for the first time – and Takla Landing was chosen because of its remoteness. We knew if we could deploy a successful pilot in an extremely remote community, with satellite-only connectivity, that we could transform any community. And we did.

Dr. John Pawlovich, the RNs and NP working at the Takla Nursing Station and the citizens living in the community who are using TelePresence have given us amazing feedback. So much that even I’m surprised by their comments. It is rapidly becoming a ‘must have’ solution for their practice and Dr. John uses TelePresence every day to see patients, allowing him to achieve clinical excellence, particularly as it pertains to the continuum of care.

I’m proud that this is a western Canadian, homegrown example of healthcare transformation. We started this exciting pilot in January 2013 and it has been extremely successful to date, with Dr. John recording hundreds of TelePresence appointments to date. It’s been an honour to work with such an amazing clinician advocate who truly understands how technology can help improve the lives and health of citizens living in rural and remote areas of our country.

I encourage you to share this video and show how we are changing healthcare delivery in rural and remote populations in Canada through the power of Cisco technology.