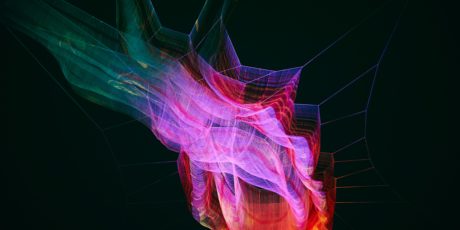 Why network engineers should care about Quantum technology 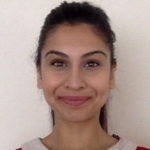 Encryption standards are vulnerable to attack! Ok, not today, but they soon will be thanks to Quantum computing.

Breaking those security protocols we rely on is being worked on right now, this minute as you’re reading this blog. These are the same standards used to protect credit card data, secure VPN channels and other aspects of your network.

Quantum computers are being developed at a rapid pace. With this comes not only great opportunities and benefits, but also increased challenges and threats. This is an impact of quantum computing that businesses are talking about. And you should be too.

What is a quantum computer?

A quantum computer is computer that has been designed using a whole new set of rules;

rules based on the laws of quantum mechanics. Instead of manipulating electrical properties of a circuit to compute or communicate data, quantum computers manipulate some of nature’s smallest particles, such as photons. Some types of quantum computers move individual atoms around, and others use photons. Mind blowing stuff! Shohini Ghose explains it best in her TEDTalk: the same way a lightbulb cannot be created by building better and better candles, a quantum computer cannot be created by building better classical computers. A quantum computer relies on a different understanding of science altogether, much like how a lightbulb leverages a different understanding of science than a candle does. 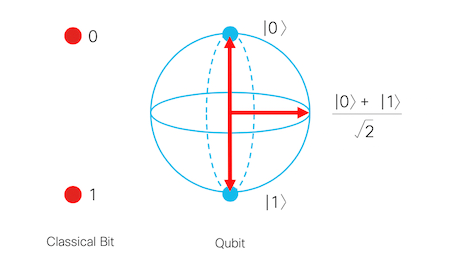 Classical Bits vs. Qubits – demonstrating that a Qubit can represent any point on that sphere.

The major advantage that a quantum computer brings is the ability to perform data storage and processing much more efficiently. There are certain algorithms (such as optimization ones) that require a large amount of processing to calculate the output. These algorithms are so resource-intensive that they can’t even be performed on supercomputers. Suppose one of these algorithms is translated to a quantum algorithm. The quantum algorithm would need exponentially fewer basic operations, so the output could be calculated much faster!

There are two things to remember about this:

A commercially available quantum computer already exists today. In fact, you can actually play around with it (via the cloud); the IBM Q System One. It is available to program against and run simple algorithms on. Whilst today’s quantum computers have not yet reached the potential that computer scientists know they will achieve, it is definitely on its way.

The question very rapidly changed from is it possible, to when? Knowing that this powerful technology is making its way to the market in the coming years, it is worth educating yourself and your team on the impact, opportunities and challenges it may bring.

Network security is critical now more than ever. Let us put aside those attempts at entering the network through COVID19-related phishing emails and think about a larger, slightly more terrifying threat. The encryption standards used today are considered secure because they rely on complex mathematics, such as the difficulty in finding the prime factors of an incredibly large number (we are talking 2048-bits large). There are some algorithms that could calculate those prime numbers, however the amount of computing resources they need are not available. It would take a standard computer over 10,000 years to perform this algorithm just once. Well, that seems secure, what is there to be worried about? Well, mathematicians have already developed a new algorithm that will leverage the benefits of a quantum computer. This algorithm will be able to find the prime factors within hours, meaning it will be able to decipher your encrypted data within hours. Even the quantum computers that exist today do not have enough power to run that algorithm. So, all that protects your network from having its encryption broken is the wait for it to be ready. Scary!

This does not mean that any infrastructure that relies on these encryption standards is now vulnerable and a loss of investment. Let us imagine someone hacks into a network and stores all the encrypted data it has access to. Once a powerful enough quantum computer is built, they use it to figure out the keys used in the encryption of your data and gain access to it all. If this is credit card data used for transactions online, there is little likelihood of much damage being caused ten years after it was stolen. However, if the data must remain confidential in five-to-ten years’ time, it is definitely worth considering the use of post-quantum encryption methods today! So, the question now is how valuable will your data be when that quantum computer is ready?

How can I protect my network?

Cisco Fellow, David McGrew, and Principal Engineers, Scott Fluhrer and Lionel Florit are developing and testing two solutions for those businesses that fall into the latter situation.

This can seem intimidating to those who (like me) do not have a physics background and are not familiar with quantum mechanics, but the main thing to take away here is that Quantum Key Distribution does not rely on complex maths that mathematicians are constantly trying break down. Instead it relies on the unchanging laws of nature. Although it is not ready or recommended for commercial use in the UK just yet, many financial institutions and service providers have shown keen interest in quantum networks.

Educate yourself and your team – Quantum computing is inevitable, but more importantly, it is not far off. It is exciting and a little daunting at the same time, but you are going to need to know about it if you want to evolve with the industry. You and your team may want to gain skills in this to remain competitive.

Think of use-cases or problems that classical computers are not able to solve for your business – It might be that a quantum computer could bring huge benefits to the business. Think about optimization, scheduling and resource-intensive problems that act as obstacles for the business today. There are Quantum Computing-as-a-Service options available so it might be worth looking into that, as opposed to buying a quantum computer itself.

Consider how you will protect your network  – Whether it is something you need to change now or soon, or whether you are not even sure about the encryption used by your network devices, get thinking and researching from now. When considering your next buying cycle, it would be worth having this change in the back of your mind, so you are future-proofed and ready for the quantum era!

For further information, check out these articles on Medium and Cisco Newsroom