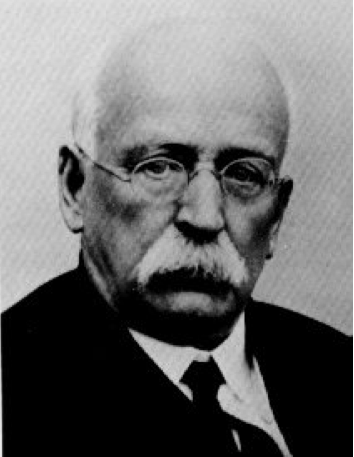 The Industrial Revolution left a lasting mark on Britain (read some of my thoughts on a couple of chaps named Arkwright, and Stephenson). This time of great invention and innovation had a pretty unpleasant side effect – pollution. Step up Ebenezer Howard, who had a bright idea about changing the environment we live in…

In the early 1900s Victorian London was encased in a thick, grey, pea-soup-like smog. It was grim (these snaps will give you an idea of the scale of grimness I’m depicting, almost Dickensian style) and so life was pretty unpleasant in the city.

So who would want to live there? Along came (Sir) Ebenezer Howard, the parliamentary stenographer who proposed a more radical approach to the way we plan, build and develop. 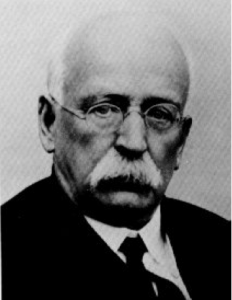 Yet another cracking ‘tache for a British innovator

The idea was garden cities – which were intended to be self-contained communities wrapped in lush greenbelts. The cities would contain proportionate areas of residences, agriculture, and industry.

Communities would have wider streets and gardens so people could grow their own fruit and vegetables. Sounds pretty nice to me.

Letchworth and Welwyn were the first garden cities planned in the 1910s and 1920s, and they would truly make their mark in the boom of post-War Britain.

Garden cities are now back in vogue, and the UK Government wants to build more (announcing a new garden city in Bicester last year). More than a hundred years since their original conception, that’s a half-decent legacy.

It was in 1898 when Sir Ebenezer wrote his famous paper: ‘Tomorrow: A Peaceful Path to Real Reform’. It was in this he said: “Human society and the beauty of nature are meant to be enjoyed together.”

More than a century later I’m going to adapt/steal/plagiarise that, to say: “Human society and the beauty of technology are meant to be enjoyed together.”

What you talking about? I hear you cry. Well, it just so happens we’re also on the verge of the next big evolution of our cities – they’re just about to get a whole lot smarter.

So, we’re not as industrialised as we used to be, but traffic, pollution, and a swelling population are all still big issues. According to the latest data from King’s College London, 9,500 people die each year in the capital because of air pollution.

What can we do about it?

The Internet of Everything is joining the dots between pieces of infrastructure that you would never have dreamed of connecting before.

Some of London’s start-ups are on the leading edge when it comes to the development of this technology. IDEALondon residents (and Cisco BIG Awards 2015 champion) Nwave  are developing low-power long-range sensors, helping to connect up the Internet of Things.

It’s pretty exciting to think about where this technology is going to take us. Just imagine…

With smart roads, smart traffic lights and driverless cars, I can see an end to traffic jams. Think along the lines of those self-motoring motors in iRobot, (without a load of machines trying to kill you), and your commute just got a whole lot less painful.

Potholes in the road – a thing of the past, and streetlights respond to the traffic and people around them. The air is less polluted, the city is more efficient and everywhere gets a whole lot safer. And that feels pretty awesome.

The lessons learned from Sir Ebenezer Howard’s garden cities around radical thinking could definitely be applied to what how we develop the smart cities of the future.