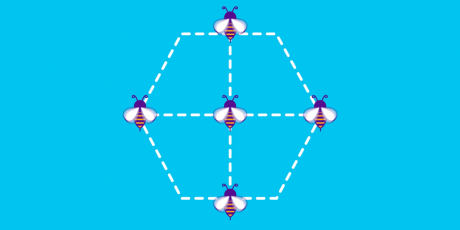 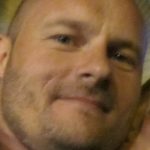 You may be familiar with Cisco’s connected bees, which featured as part of the launch of our Mi-IDEA innovation centre launch last year.

But we’re now just starting to discover some of the wider benefits from connecting insects to the internet.

It was a revelation Cisco researchers in Manchester couldn’t bee-lieve, if you’ll excuse the pun. We’ve stumbled across a way to create an always-on organic mobile network – using these connected creatures.

Here’s how it works. Each chip carries the data from its own host bee, plus copies of the data from a number of other nearby bees.

This feature was intended originally to safeguard against data loss from predators. Crows, rogue beekeepers, and the like.

It’s revealed a rather unexpected result. After leaving the hive, the bees appear to periodically fly in formation.

This is a phenomenon no-one has previously been able to observe, until now. Each bee apparently regularly adjusts its flight path to maintain a set distance [approx. 6 meters] between itself and four other bees.

This is perhaps for navigation or communication purposes. Maybe they just like flying in formation. We still don’t know.

However, the result is that the chips they carry act as relays, regularly passing data from bee-to-bee.

The effect is a honeycomb shaped WiFi repeater network stretching from bees flying far from the hive, all the way back to base.

Everyone is talking about 5G right now (especially us!), so we thought what better name for this new innovation: 5-Bee.

It’s early-days, but the implications for this organic, constantly renewing, flying network could be far reaching for rural connectivity.

Talk to us about setting up a 5-Bee hive in your community, available from April 1st 2018.

UPDATE FROM THE EDITOR: You may have noticed that today is April 1st, so sadly we won’t have any bee-enabled mobile WiFi networks anytime soon. Hope you enjoyed our April Fools fun!