As part of our series of interviews with start-up entrepreneurs and industry experts, we’ve caught up with Simon Smith, CEO and co-founder of Extrinsica Global, one of the early pioneers in cloud application delivery. Founded in 2005, the company delivers private and hybrid cloud solutions as a fully managed service to companies around the globe. Its partners include Microsoft and Cisco. 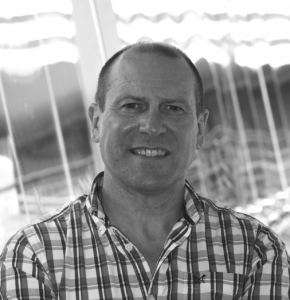 Originally from a military background in the RAF, Simon spent a couple of years at a big consultancy firm before getting together with Bill Hitchens to set up their own consultancy company. Subsequently, Simon launched Extrinsica Global with its CTO Nick Smith.

Simon talks to us about the challenges of securing getting the funding to get a business off the ground, the value of market insights and keeping going when times are tough.

Tell us about the early days, setting up your business?

“Extrinsica Global started in a study at home. We conceived and developed the capability to deliver what would now be called cloud solutions in 2006 but the market then wasn’t ready for it. We understood the technologies that now are the mainstream way of delivering cloud applications from the consultancy work that I’d done. We built a proof of concept system and proved the concept by delivering the applications via the Internet to ourselves.  Immediately, we could see this was the future of IT.”

“The problem was we developed the capability probably about five years too early.”

“Nevertheless, we took a very, very big bet, ploughing all the money we had into building this capability up. We knew we were ahead of the market but our strategy was to be in the right place at the right time with the right offering when cloud became mainstream. Looking back, it was a big risk to take.”

“On the other hand, what was very good about the seven lonely years we spent building the capability is that we gained a huge amount of relevant experience and market insight. It was that market insight that actually enabled us to identify what our target market would want from the cloud.”

During the first seven years it must have been difficult to keep yourself going. How did you deal with uncertainty and doubts?

“Starting your own business is psychologically very tough. To get through the hard times you really do need to grit it out. As an entrepreneur, you need an ability to think laterally, support from your family – that is a really important thing – and you’ve got to accept that there will be dark days; days when you get up in the morning and you just don’t feel like carrying on with the business. You can get through it though, taking one step at a time because there will be better days.”

I know you had to adapt your business strategy, how did you go about this?

“One of the things that I’m the most proud of is that we didn’t stick with the original idea that we had in 2005. We did a lot of market analysis to understand what the customers would actually want. So, instead of being driven by the technology or blindly sticking to our original idea, we were driven by what we knew our target market would need. Although, at the time, the target market themselves perhaps didn’t know what they needed because they weren’t aware of what was technologically possible.”

“So, in some ways we faced a similar situation to that of Apple when they introduced the iPad. People didn’t ask Apple, ‘can you produce an iPad for us, please?’ Apple knew that the market would want it when they made it available. And they were right.”

What’s been the three biggest challenges so far and how did you overcome them?

“Lack of money is probably extremely common in early stage start-ups. When we partnered up with Cisco, we had to find about £1m of private equity investment. It was quite difficult to find that capital for an unproven business model.”

“Persuading people that what we wanted to do was going to be successful was really tricky. Your pitch has to be well thought-through and, if possible, based on solid demonstrable market understanding. Otherwise, if you pitch with a shiny but superficial PowerPoint presentation, asking people to invest £1m in your business, you will get nowhere.”

“Once you’ve persuaded people to invest in your business, you can go ahead and finally start making things happen. That’s a huge achievement in itself, but then it’s actually about generating a sustainable sales pipeline. If you don’t do that, then your business will fail – it’s the acid test of your business idea.”

How did you go about finding investors for your business?

“I tapped into my network at the time. We had an horrendous experience to begin with. We were connected with someone who was posing as an investor. He looked the part and spoke the part, but because we were so naïve and green, it took us about six months to figure out that he didn’t actually have any money to invest. This really slowed us up for that period. However, through a bit of random good luck, we found our first seed investor soon after that. We were then able to leverage his network to find other investors who were persuaded that our idea was sound and they contributed the money we needed to get going.”

What advice would you give to someone who has just started their company and want to be successful in business?

“The first point is Clarity of vision. Simply having an idea that you personally believe is great is not enough. The business you create needs to be producing something that people – your target market – will be prepared to buy. People can spend months developing their business plans, making sure they are presentationally perfect. I wouldn’t recommend this. Instead, spend a few weeks identifying the key elements of a logical but compelling business case – and then critically analyse it. For example, if you say you’re going to make x number of sales in the first year, is that really, genuinely credible? If the answer is ‘yes, it is’, then what’s your justification to say yes? If you can answer the supplementary questions credibly, it will demonstrate you understand the business you want to build.”

“Secondly, Enter the right market. If you’re going to become an entrepreneur, enter a market that you understand. Don’t start an organic food business if your expertise is in technology.”

“Finally, Adaptability (Listen to the market). When the hard times come, you shouldn’t just blindly cling to your original idea. The key lesson for me throughout the years of building Extrinsica Global is to understand the market, and what it wants to buy. You will almost certainly find that you’ll need to adapt your original plan to deliver what the market wants.  If you’re not capable of continuous adaption, your business will be in grave danger.”

What innovation/invention would you most like to see in the future?

“I think there’s a new wave of automation coming. That’s going to be a very big thing that will empower non-technical people in businesses. Very soon, business users will be able to do things for themselves, like provisioning new technology-based business tools without having to ask an IT department to do it for them. This will shift the balance of power away from IT departments and towards business units. The flip side of that is clearly a social issue where sophisticated automation will replace people. I think it’s just one of those things that simply is going to happen but I’m not sure if we as a society are fully prepared for the consequences of it yet. ”