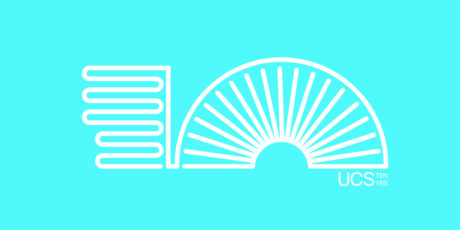 Reflections on the evolution of Unified Computing 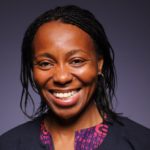 The story of Cisco Unified Computing System (UCS) is kind of my story. Well, at least that’s how I see it.

I joined Cisco in September of 2009, some 6 months after launch and a few months after the first customer shipment in July. Prior to Cisco, I’d spent 10 years at an established and incumbent computing manufacturer, so joining Cisco was like joining an upstart in the computing space. An upstart with know-how.

I’d learnt that Cisco was entering the compute business through an ex-colleague (he’d just joined Cisco). He said the company was hiring and asked if I’d be interested.

My first thought was naa!

I didn’t fancy a simple swap; a change from one IT/compute company to another. Besides, Cisco was a networking company. I didn’t fancy joining a ‘me too’. It’d have to be something compelling.

I decided to have a look. I confess I was curious to know what Cisco had been up to. What had they just announced? What I found was compelling. Very compelling indeed. This was not just another server. Rather, it was a completely new way of thinking: A revolution. A computing system.

Three things stood out most to me:

A simple schematic of UCS simplicity

It seemed everything my customers had been asking for was right here in this newly announced computing system. I was interested. I declared that interest and the rest as they say, is history.

Perhaps the advantage of starting from a clean sheet with no investment or legacy to protect gave Cisco the freedom to be revolutionary, but I know it took more than that. It took vision. Converging, unifying, simplifying and seamlessly managing. From where I sat it seemed to be a master stroke

When I joined Cisco in September of 2009, the company had negligible market share. Invisible you could say as whatever it had was bundled into ‘Other’.  I was eager for a time when we would emerge from that and have our own slice of the pie. However small. I envisioned the day we would be called out.

Winterflood. That was a name I heard again and again. Winterflood Securities was our first EMEAR UCS customer.  They said then: “Cisco UCS provides the flexibility to keep up with rapidly changing business demands in the competitive trading environment, future server replacement costs are reduced by 90% and new trading applications can be provisioned in hours as opposed to weeks”. Ten years on, and our customers make the same declarations of UCS, time and time again.

I recall my early customer engagements at Cisco. UCS simply hit the spot for them. This new architectural approach became synonymous with the next generation data centre. It was extremely exciting. And I was extremely excited to be a part of it from the start.

My first large customer project came in the November of that year. A major service provider was keen to build out its next-generation data centre and offer self-service cloud services to its many customers. It was a 5-month Proof of Concept and we were competing against the usual suspects. Crucially, we won that deal … and the rest, once again as the saying goes, is history. Today Cisco has over 60,000 UCS customers worldwide.

Do check back here soon as I take another trip down memory lane to celebrate some landmark UCS@10 achievements.