“I have a pretty crazy idea, can I run it past you?” 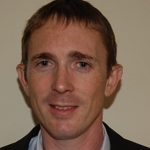 About three years ago I became aware of a bike race in America. It got my attention.It wasn’t a bike race I’d ever heard about before. It wasn’t a race like the Tour de France with 200 riders racing each other for three weeks, nor was it just a one day event. You wouldn’t even think it was a race if you saw the riders pass you by on the road. The sheer amount of crew and support needed, make it look more like an expedition!

It’s a very simple format: Start at the west coast of America and ride all the way to the east coast in the shortest time possible. If you tire,you sleep. But as you sleep you better watch out, because your competitors are still racing. Or maybe they are sleeping as well, you don’t really know.

It’s described as a 3000 mile “time trial” and is as much a test of sleep management, logistics, mental strength and patience as sheer physical endurance.

The key thing that stood out to me – it was open to amateurs.

As a club racer in Scotland, I started to get the idea that The Race Across America would be the highest level of success that someone like myself could achieve on a bike, given that I am not a professional cyclist and never will be. 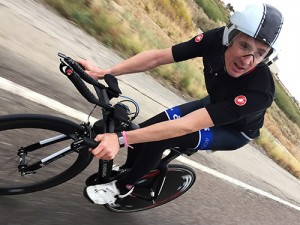 As a Consulting Systems Engineer for Cisco –   I get involved in all sorts of technology projects and was asked to help build a proof of concept for Cisco’s support of the Commonwealth Games in Glasgow 2014. We created a virtual race using video footage, telemetry and exercise bikes that simulated the resistance of the hilly Glasgow road race course. We pitted corporate guests against each other in a virtual race – they had to pedal to win.

This got me thinking, could technology help a RAAM racer succeed where others had failed? Could we use sensor technology with an understanding of sports science, to show that The Internet of Everything could increase the chances of success in ultra-endurance events? If there was one thing that I knew about RAAM, it had a high failure rate and this is typically due to the racer not managing their effort against lots of other factors like sleep deprivation, calorie and fluid intake etc. If we knew what was happening in the racers body could we be more successful first time out?

After pitching my frankly ridiculous idea to Phil Smith, Chief Executive of Cisco UK & Ireland, I (somehow) got the response I was hoping for. started formulating the plan in my head, the first thing we needed was a suitably trendy code word, here Project Kansas was born! I had a year and a half before RAAM 2016, and started formulating the plan in my head.I needed to define the scope of the technology and how to build it; consult with experts in Sports Science; build a team for the event and at the same time, transform myself from a fragile skinny mountain rider into a strong diesel powered cycling machine.

So as they say, I had a bit of a challenge on my hands.

If you’d like to hear more about the amazing technology to assure our success, check back here  for the next in our blog series.