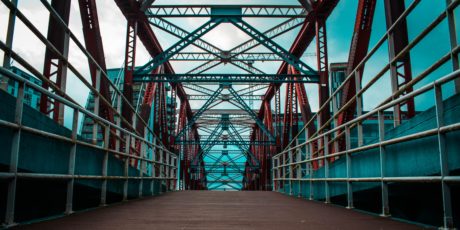 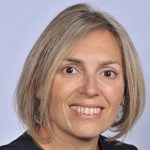 Back in 2014 the UK government announced big plans to balance our economy and make it less southern-centric.

At a recent Guardian Future of Business roundtable event we hosted in Manchester with The Guardian, Urban Splash co-founder Tom Bloxham certainly seemed to think so.

“There’s inequality between north and south,” he said. “And the concept of the northern powerhouse can help to redefine that and make that more equal.”

And even though many have suggested ‘northern powerhouse’ is little more than a slogan, KPMG’s Jon Meeten suggested having a slogan needn’t be a bad thing. “I think there’s value in a slogan,” he said. “It’s something people in the north need to attach to and make more of.”

But I don’t believe a slogan alone will ever bring the northern powerhouse to life. For that we need real investment and real co-innovation. That’s exactly what Cisco’s Country Digital Acceleration (CDA) programme is all about.

The power of regional innovation

When you look at the UK as a whole, there are so many amazing pockets of innovation, and many of those exist in the north of the country.

Just look at the history of places like Manchester – so many things that fundamentally changed the world were created there. And I don’t think that ambition and hunger to discover new things has gone anywhere – it just needs to be cultivated in order for the north to reach its full potential.

Cisco has already funded a number of successful projects in the north.

We were the lead partner in the CityVerve consortium, creating a smart city demonstrator in Manchester, showing how data and the internet of things could help power everything from better healthcare to closer communities.

We also unveiled the UK’s smartest street in Newcastle, using sensors installed on lamp posts and bins to collect real-time local data that enables improvements in the delivery of public services.

And I’m sure there’s plenty more to come.

Why? Because if we want to secure the UK’s future as a global leader in digital innovation, we need to focus on the whole country and support the devolution agenda. Doing so will benefit local citizens and businesses but it will also boost our entire economy.

Lining up with government strategy

I have always believed that solving the world’s biggest challenges only comes from people working together. At Cisco we call it co-innovation, and one of the driving principles behind CDA is creating co-innovation between government, business and academia.

The whole programme is aligned with the government’s Digital and Industrial Strategy, with the aim of helping it tackle the country’s biggest challenges by harnessing digital technologies.

Because the kind of country-wide innovation the government is hoping to achieve doesn’t happen by accident. It needs serious investment and serious expertise from all sides.

In a similar vein, when the government put forward its ‘Northern Powerhouse’ proposal – a promise to the people and businesses in those regions if you like – it was never going to be achieved without significant cross-industry collaboration.

And with Cisco committing to investing an extra $100 million in the UK, I am positive that our CDA programme can help fuel that collaboration and take the Northern Powerhouse beyond just being a slogan.

As Leeds city council leader Judith Blake said at our roundtable event, “If the north (of England) was a separate country it would be the world’s 21st largest economy.”

Let’s all make sure that potential doesn’t go to waste.

Find out more about Cisco Country Digital Acceleration in the UK here.