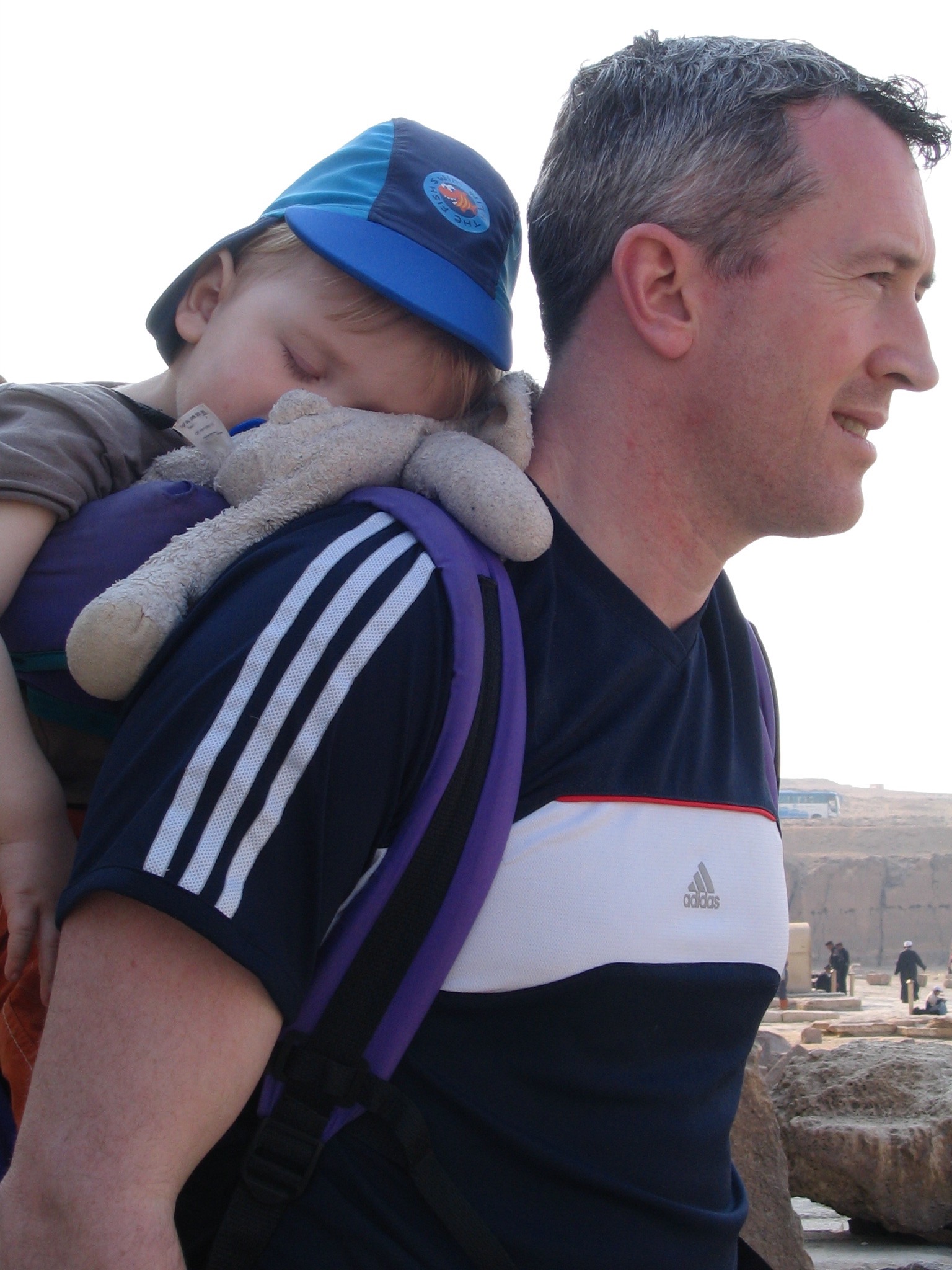 When I heard my next interview would be with Tom Long, Cisco Ireland’s Head of Technical Strategy, I of course made the case for a trip to Cisco’s Dublin office (who wouldn’t?!), but sadly, it was declined. 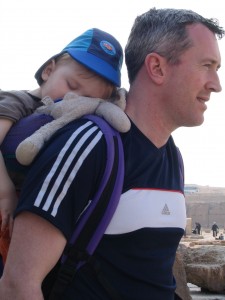 So instead we turned to WebEx to facilitate our chat. As Tom beams across my screen, he’s already telling me how just earlier today he’s been helping some colleagues with a technical issue.

The self-proclaimed ‘fixer at heart’ explains it was just a wriggling of the wires and a quick reset which seemed to do the trick. Tom’s 23-plus years in the tech industry are serving him well there!

“I’m all about assembling and fixing – it’s embedded in my DNA!” said Tom.

“That’s what I was into, rather than tech specifically – working out why things weren’t working and trying to fix them… toasters, hairdryers – you name it!”

As we settle in for a chinwag, I’m always keen to hear where people would see themselves working if they weren’t in technology. For Tom, education, and teaching, is where some of those passions lie.

“We have a business in the community initiative here at Cisco Ireland where we work with schools in challenging areas where the drop out is high,” he tells me. “Essentially the kids don’t get to their Leaving Certificate (equivalent to A-level certificate).

“The idea is to get business involved in schools to help motivate kids to reach that standard. We work with fifth and sixth year students (ages 16 to 18) to mentor them, telling them the advantages of getting their certificate, and helping with job applications.

And it’s not just youngsters who have been reaping the benefits of these types of schemes. Tom speaks enthusiastically about his involvement in FIT (fast track to IT) that helps unemployed older people skill up and get back into work.

“This is about getting them to stick with it and work hard. This age and profile is very different [to younger groups].

“Some of these people think getting into tech is more difficult, complex and challenging than it is – I think this is a barrier into the industry. But once you go into a certain field you can challenge and conquer – you don’t have to know it all.

“The younger ones don’t fear tech. What they use in their personal life is as sophisticated or even better than the businesses stuff.”

He briefly pauses, and adds: “I tell them: always try your best – if it doesn’t work out, don’t worry.” 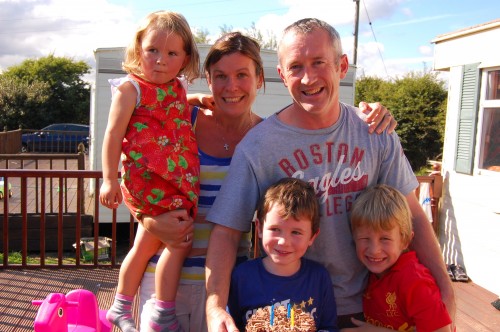 It’s Tom’s warm charm that you feel from many of the people who reside in the Irish capital. It’s where Tom grew up, and he has roots firmly planted in the area with his wife, three kids and extended family.

Dublin boy born and bred, Tom’s parents (like a lot of Dubliners) moved from the rural country.

Aside from working in London whilst he was in college over various summers, it’s always been about Dublin for him.

“The family ties for me and my wife here are strong,” he said. “We have thought about moving abroad as many of my college friends have, but family has made us stay.”

Living near the picturesque Dublin Mountains you can see why. It means he can be at the coast within 20 minutes, or up to the top of a mountain in 15. That doesn’t sound half bad, especially considering his love of the outdoors and an active lifestyle.

As he reflects, I ask Tom about the moment he decided to work in technology. Getting his first computer at the age of “11 or 12”, it fuelled a desire for a hands-on, practical course, eventually leading him to the Dublin Institute of Technology.

Enrolling on a scholarship with Nuclear Electric; he studied electronic, computing and telecommunications.

However, despite putting him through university, there weren’t any jobs available with the company when he graduated at the other end. Instead, he took up a job with Allied Irish Banks as a network engineer, where he was responsible for the network infrastructure the business ran its services from.

“He quickly progressed from Allied Irish Banks, to an exciting systems integration start-up which grew rapidly before being acquired by Cable and Wireless.

It’s at this point that Tom tells me he’s never gone actively looking for a job.

“I received a voicemail on my wedding day to say I’d been offered a job at Cisco. I didn’t check it though; there would’ve been hell to pay!

“I moved to Cisco as a systems engineer, split between SP (Service Provider) and Enterprise, then became a solutions architect within SP.

“I went from end user (the bank) to partner (Cable and Wireless) to vendor (Cisco) – and it gave me the full spectrum of experience. This is helpful in seeing the different perspectives and points of view. It also helps when dealing with end users and partners, as you’ve been in their shoes and understand their pain points and business pressures.” 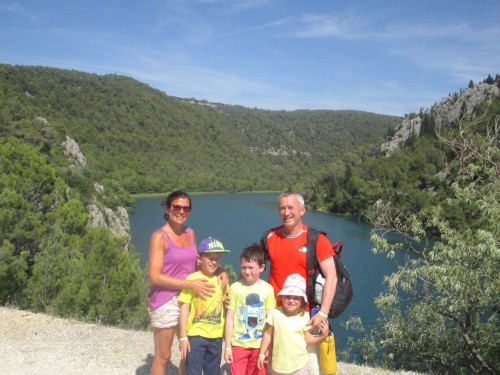 Tom’s not one for racking up the air miles (not when it comes to work, anyway) and he’s never chased a global role.

He’s stayed with Cisco as his role has constantly evolved. “The company constantly reinvents itself and manages to find new ways to stay relevant. Cisco always strives to challenge you.”

Currently, he’s working as manager for technical strategy in Ireland.

“The role didn’t have a great reputation as it was seen as an internally-focused, process driven role,” Tom admits. However, the scope has since widened, meaning he’s helping define the technology strategy for Cisco Ireland, as well as leading the technical team.

On top of that, he also happens to be the Irish spokesman for anything Cisco tech and strategy related in the country. Not a bad gig then!

Outside of work, family life is the big focus. One of seven children (Tom has three brothers, and three sisters), the clan all live within two miles of each other apart from one (Joey) who’s in London. As we talk family, he reveals how he’d made the headlines from a very (very!) young age.

“My mum is a twin – and both her, and her twin had babies on the same day. My dad called the press and they wanted in, so they came round to the house and took a photo. It meant my birth was on the front page of the Sunday Press!

“Now that I have three kids I don’t know how the hell my parents had seven. We struggle with finding enough time for three!”

It must have been pretty hectic growing up, I ask. “I didn’t know any different, I thought it was great. There was always something to do or someone to play with – lots going on and lots of options.

“I am a supportive and hands-on dad, and I want to spend as much time with [my kids] as possible. My dad was just the same. Spending quality time with the kids and as family was important to my dad and that has definitely been passed on.”

As a hands-on dad, a big part of getting that quality time is about striking the best work-life balance. Tom says flexibility is important to him, which is why “Cisco fits into the puzzle perfectly.”

An ideal weekend with the family looks a lot like a recent trip to Mayo. “We did loads of cycling and when you think the kids are going to be tired, they get home and are desperate to go swimming. At least it makes for a good night’s sleep.” 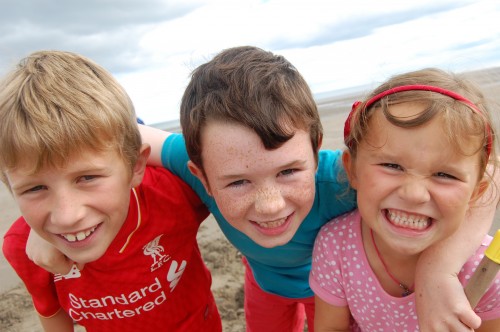 Are there any important lessons he’s tried to pass on to the kids, I ask.

“The most important thing I’ve learnt was in 5th class, when I was given the responsibility of looking after the school shop. It gave me so much satisfaction. I honestly believe that kids triumph when they are given responsibility.”

What about the kids and tech? I ask if Tom is reticent with them using iPhones, tablets and everything else.

“We’re very conscious of limited time and exposure to tech, and the need for a balance of sport, playing with friends and other toys and playing on technology.

“The kids have different levels of interest – one would happily leave a game midway through if I held a footie and said ‘come outside’. I am not a stick in the mud but I actively manage it.

“People need to be able to switch off and be able to interact properly – that’s also important in the kids too. My phone stays downstairs at night time.”

Tom says he loves technology but he’s a definitely a maximum two-device kinda guy – a laptop and a smartphone – and he’s so far resisted getting anything else.

“I got slated just the other day at an event because my phone was so archaic! It’s been noticed that I don’t have the latest and greatest smartphone! But I’m happy not to upgrade.

“Though I am a technologist, we’re still human beings and we’ve existed for millions of years without tech – we don’t want to leave that all behind.”