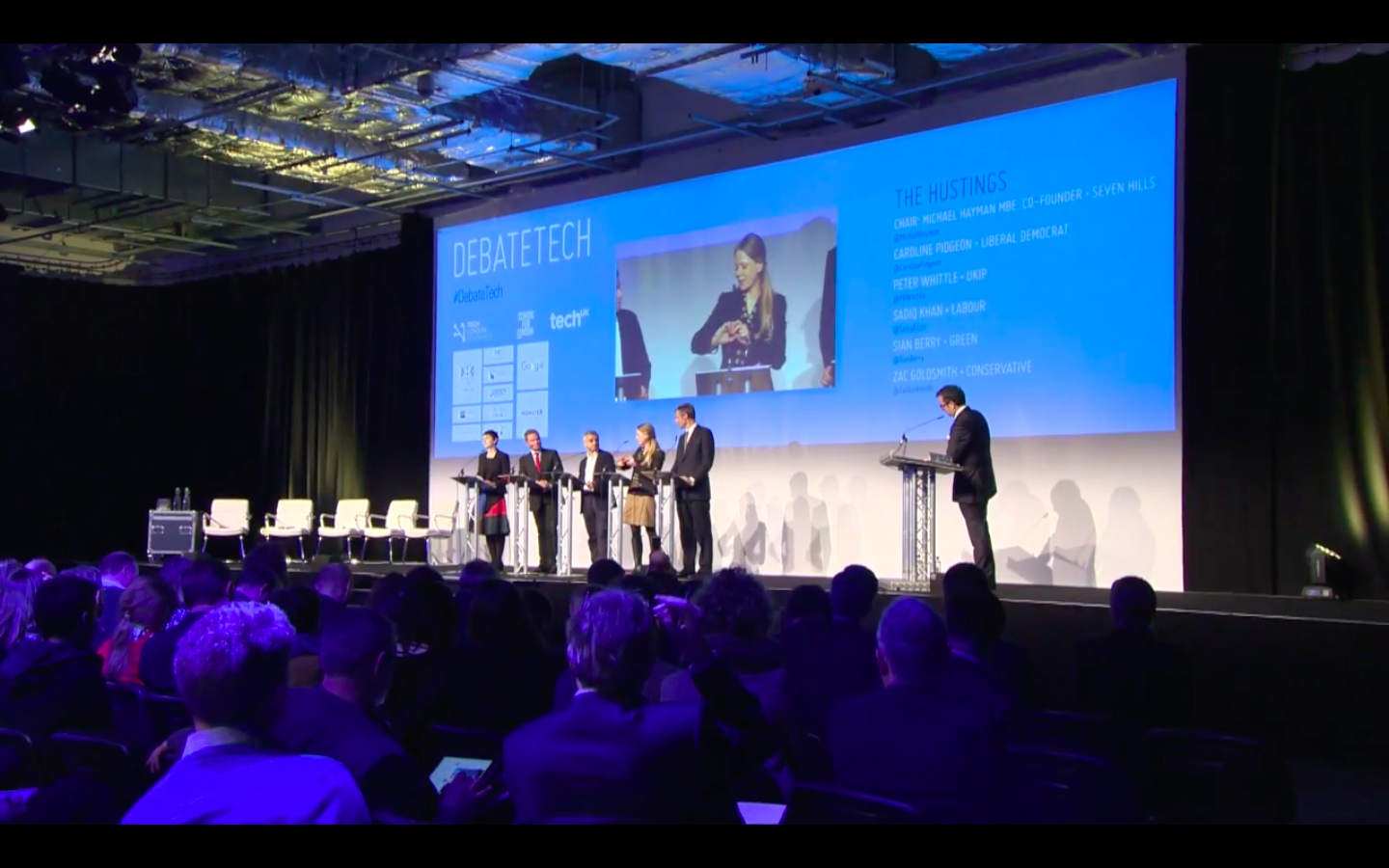 DebateTech: What does London’s technology community need from the next Mayor?

Five prospective candidates for the London Mayoralty made their pitch to the capital’s technology leaders this week at DebateTech – the first technology hustings of its kind.

The runners from the main political parties were put to the test in an hour-long debate, hosted at the Here East technology campus in Stratford.

Candidates were asked to respond to points from the Mayoral Tech Manifesto – a 13-point document from Tech London Advocates, Centre of London, and TechUK.

As I said during the post-debate panel discussion, we have the technology to solve some of the biggest challenges the city – and indeed communities across the UK – face today. And whoever walks into City Hall as London’s new Mayor come May, it’s important to consider the role London plays at the front and centre of the digitisation agenda. Here are my five key takeaways of the issues and topics raised in the debate:

Much discussion was had around London’s remaining “not-spots” and the candidates were called upon by the Tech Manifesto – and members of the audience – to treat broadband as the fourth utility, combining not just superfast broadband, but also greater 4G (and eventually 5G access across the capital).

This will not only help businesses to grow, it will also improve digital inclusion – giving disadvantaged groups access to the internet and all the opportunities and benefits that brings with it.

Another point highlighted in the manifesto popular with candidates was the recommendation to hire a CDO for London. The sense at the event was that if the capital wants to be a world-beater in technology, a figurehead is needed to help drive this agenda forward.

Rocketing rents are making life tough for start-ups and small businesses, as well as the workforce powering them. Much discussion was had about the need for the Mayor to tackle this macro issue affecting everyone living and working in the city if London’s tech scene is to continue to grow.

More work needs to be done on apprenticeships and equipping the younger generations with the right STEM skills to compete in the future workplace. As education becomes more devolved, the next Mayor will have an important role to play in pushing this forward. And it’s not just about educating our future generation – all members of society need to be digitally literate to fully engage in a digital world.

You just have to look at what’s happened since TfL made its data public and open. It has spawned a number of successful start-ups, and in turn it’s made it so much easier for Londoners to get around the city.

But we can go so much further than that. Turning London into a smarter, data-driven city will cut congestion, lower crime and make our air cleaner. Open data will only grow in importance as we look to build smart cities and connected communities –a huge number of applications powering this vision will rely on publicly available data.

The smart city agenda was not something massively covered during the debate – yet to me this is something that will be crucial to the future success of London as a global tech hub.

Digital infrastructure is a key success factor for people, companies, cities, and countries in this age of digitisation – and it requires proactive change management by leaders worldwide, both in politics and business. Cisco was a proud sponsor of DebateTech, and it was fantastic to see the discussion around technology and digitisation being embraced by everyone who took part.

Did you watch the debate? What were your thoughts? Did the candidates address the needs and concerns of the technology community? Feel free to leave your comments below.