Cisco Start-up Hub: When is a start-up no longer a start-up?

We’ve teamed up with Emily Spaven, the editor at Tech City News, who will become a regular guest contributor to the Cisco Start-up Hub. Covering a variety of topics, she will share her knowledge of the UK technology sector. 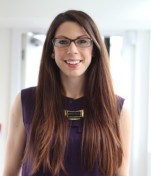 Our nation has such an impressive list of homegrown tech success stories, which shows it’s obviously a great place for start-ups to set up base and grow. But it’s that transition point I’ve been pondering this week. When does a start-up stop being a start-up?

Is the graduation from start-up status connected to duration of existence? Level of funding received? Profitability? Number of employees?

Let’s see what the dictionary says:

So, Oxford Dictionaries uses the duration of existence as the key factor in defining a start-up, which seems fair enough, but it does raise questions about what exactly constitutes ‘new’. Deciding where to draw the line between new and old is particularly difficult.

Personally, I think if a company has been able to stay in operation for more than three years, it’s no longer a start-up – it has learned the ropes, understands how to sustain itself and so becomes a fully-fledged company.

However, this cutoff point comes with some caveats. There are a number of companies that go from zero mph to lightspeed in the blink of an eye. Take Digital Asset Holdings, for example – the blockchain company was only founded in 2014, yet raised $60m last month.

I’m not convinced a company with $60m under its belt and a valuation of over $100m should remain in the same box as a month-old company being run out of someone’s bedroom. To me, a start-up conjures images of jeans-clad, coffee-swilling entrepreneurs with a strong will and a weak bank balance. Plonk $60m in their bank account and this changes overnight. Bootstrapping ends, hiring ramps up, office space expands and marketing efforts galvanise.

Perhaps, then, the number of years a company has been running isn’t the answer. Maybe it’s funding that ushers in the graduation from start-up to scale-up to downright impressive tech company.

If a start-up stops being a start-up once it raises a certain level of funding, what exactly is the magic number it needs to raise?

Start-ups operate on a shoestring, work long hours for low wages in the pursuit of their dream and the pot of gold at the end of the rainbow. If the amount of funding a company receives doesn’t change their operations significantly, I think it’s safe to say it can keep its start-up hat on.

One issue with this, though, is that what constitutes a lot of money to one company, is peanuts to another, it depends what exactly they do. $1m in funding would last some start-ups years, others would burn through it in no time.

If I had to put a figure on it, though, I think a company stops being a start-up once it raises $50m – no one can sniff at that.

The number of employees a company has could also indicate whether it is a start-up or not. Putting a number on this is a tricky one, too.

Some companies, by virtue of the very nature of their business, require more staff members than others – Uber and Deliveroo, for example (although you could argue the drivers and delivery men and women aren’t really employees).

Start-ups, to me, comprise a sprinkling of people, all with multiple roles, working from an ‘office’ that either doubles as a bedroom/garage/kitchen (delete as appropriate) or be shared with multiple other fledgling companies that meet the same criteria.

If you expand to the stage where you have to move into an office to fit everyone in the same room and not everyone knows everyone else’s last names, your company is definitely a start-up graduate.

To sustain a high number of employees, profitability needs to be achieved, so maybe a company ceases being a start-up as soon as it becomes profitable.

That simple definition doesn’t really work either, though. A company could be profitable for a month, that doesn’t make it self-sustainable. A company needs sustained profit of a certain level in order to be taken seriously outside of the start-up space.

It’s also difficult to put a number on this one, a company could turnover $3 million in the first two years, but that doesn’t mean it’s not a start-up, this could merely be down to the unit price of the product or service they provide.

For me, if your company ticks one or more of the following boxes, it’s out of its training pants and rolling with the big boys:

The conclusion I’ve come to is … if I was to rewrite the definition for the word ‘start-up’, Oxford Dictionaries would need a bigger book.

I’d love to hear your thoughts. If you have an opinion on what factors or events trigger a start-up’s graduation, let me know in the comments below.