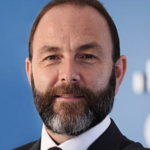 David Meads is the Chief Executive of Cisco in the UK & Ireland. In his role, he has direct responsibility for Cisco’s sales operations in the region and oversees a diverse community of employees who represent over 40 areas of Cisco’s global business. In his prior role as Vice President of Cisco’s Europe, Middle East, Africa and Russia (EMEAR) Partner Organisation, Meads was responsible for developing strategic initiatives to help manage and support partners who represent the company’s primary route to market. This remains a focus for him in the UK and Ireland business, where Cisco has over 4,000 IT partners, who with its own employees represent over 20,000 people who help to deliver for its customers daily. With over 30 years of experience in the ICT industry, Meads has previously been responsible for Cisco’s business in the Middle East and Africa, where he was instrumental in partnering with governments and businesses to build the technology skills and ecosystems that drive economic growth and competitiveness for emerging markets. This was a progression from him having led the company’s Africa business and before that, South Africa. Meads is originally from the UK, where he began his career with Cisco in 1996. Meads is highly regarded for his keen understanding of technology and market opportunities, as well as his track record of operational excellence. A recognized industry spokesperson, he has gained a reputation as a transformational leader, who is able to deliver business performance outcomes in complex, dynamic markets. You can also follow David Meads on our global Cisco Blogs site.