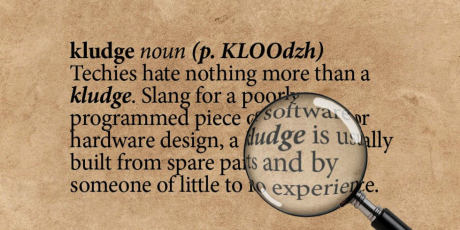 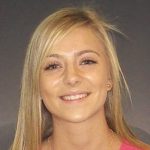 Lexicographers around the world rejoice! On Sunday (16th October) our cousins in the United States will be celebrating National Dictionary Day.

It marks the birthday of American word lover Noah Webster, who decided the US should have its own English language dictionary.

Before Webster, all English dictionaries originated from our not-so-sunny shores of England.

After Britain made its great gift to the world (the English language), our words have morphed and evolved beyond recognition.

Yolo (an abbreviation for You Only Live Once); clickbait (of which this blog certainly is not!); and yogalates were among the newest words added to the Oxford Dictionary in 2016.

There are also some fantastic words used in techie circles that I think are worthy of inclusion. So here are eight of my favourites, to mark this momentous day in language history!

thunking
verb
Let me thunk of that one for you…this is when a program must call a subroutine to complete a task. When a 64-bit operating system must downshift in to 32-bit mode for legacy code, or a 32-bit version must run old 8-bit code, it is also called thunking.

kludge
noun
(pronounced KLOOdzh)
Techies hate nothing more than a kludge. Slang for a poorly programmed piece of software or hardware design, a kludge is usually built from spare parts and by someone of little to no experience.

dword
noun
Simply short for a ‘double-word’, or 32 bits. Dword is the most awesome of all the definitions for amounts of data (shortly followed by nibble, which is half a byte/4 bits).

blob
acronym
Short for Binary Large Object, a blob is a collection of binary data other than just text, usually stored in a database. Blobs (plural) can be used to store the likes of images, audio files, and video, and as a result, are far more useful than actual physical blobs of stuff.

Easter egg
noun
Delicious in both chocolate and coding form. Similar to their edible versions, Easter eggs (plural) can be hidden away by programmers for others to find – normally to create an element of delight or surprise. Often, you need the skills to pull apart the source code to find the eggs – as they may require a series of unlikely keystrokes or clicks to access them.

dumbphone
noun
The opposite of a smartphone. In the modern day, a dumbphone is a piece of telecommunications kit that has no use: such as a mobile phone with no access to the internet. See also: brick, doorstep.

scrum
noun
Not to be confused with the rugby move. Scrum is a framework used for building products in agile software development. The development is broken down into individual sprints, which act as set periods. A team then meets to assess progress and plan the next sprint. Simples.

showstopper
noun
A showstopper is slang for anything that could hold up the launch of a new product or service. Use in a sentence: “What do you mean there’s a showstopper? Don’t get so excited – go and catch those pesky bugs!”

Have you got any favourite techie words that I’ve missed out? Share them in the comments below.