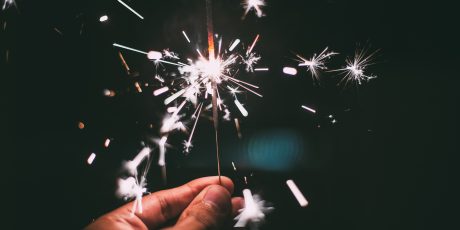 Happy New Year! As we head into 2017 I wanted to have a think about what’s in store in the world of technology for the year ahead, with an air of realism.

It can be very easy in our industry to fuel hype and excitement on a given topic, but while new technology uses emerge quickly, adoption is still slow.

1) Machine learning is here to stay

Machine learning is an area of artificial intelligence that is beginning to take hold, and is embedding itself in our everyday lives. Take Amazon’s Echo for example (which sold out before Christmas, because it was so in demand).

In 2017 the growth of machine learning applications will accelerate. I think we’ll see real movement in areas such as language translation and personal assistants.

Lip-reading is another area ripe for advancement. Humans can currently lip-read with 52.3 per cent accuracy, but researchers from the University of Oxford’s AI lab have created an application that achieves 93.4 per cent.

Think of all the possibilities where a machine learning algorithm can do a job better than a human… expect more of these to emerge in the next 12 months.

In light of the huge Distributed Denial of Service (DDoS) attack that happened in October 2016, the security surrounding IoT is very much front of mind. This is being fuelled by the exponential growth of IoT, which is increasing the attack surface that cyber criminals can exploit at an increasing rate.

This is an area the entire industry is responding on (including the PETRAS university consortium, of which Cisco is a partner) and I think this will be the biggest area of new developments in the cybersecurity space this year.

With so many VR headsets sitting under Christmas trees there will be thousands of people having their first virtual experiences. From deep sea diving, to flying an X-Wing through an asteroid field (all from the comfort of your front room) it really is like nothing else.

History has shown us the more people that get their hands on any new technology, the faster new developments emerge. However, the barrier to entry is still very high for your everyday consumer, owing to the cost for the major headsets and their accompanying consoles or computers.

This means it will take longer for VR to really take hold, and I suspect many consumers will hold off until the technology becomes cheaper (which it inevitably will).

Instead for this year we’ll see more real-life applications beyond the world of gaming. If anything, I expect to see more virtual showrooms for people buying property and cars.

4) Drone challenges to be answered

Very few people saw drone delivery by Amazon becoming a reality in 2016 and I believe that there are still a number of hurdles that drones need to overcome before they fully make their way into the mainstream consciousness (check my previous TechTalk blog on that here).

Many companies will be looking at how they can help solve these problems.

One of the winners at last year’s Cisco’s 2016 Innovation Grand Challenge was Dedrone: an application that protects airspace from drones flying into areas they aren’t supposed to enter.

With drones growing in popularity, we will increasingly see new ways to protect the likes of prisons, stadiums, (and of course airports) from malicious (or just stupid) users.

5) The gig economy plugs in

The gig economy is a fascinating arena which will ultimately shape the way in which we interact with work in the future.

In the modern day more people want to be able to work more flexibly around the rest of their lives. In 2017 I think there’ll be more people than ever before embracing this concept.

Businesses will be looking at how they can utilise the gig economy to better suit their business models. And on top of that, specialised roles such as developers will increasingly be used this way. After all, there needs to be people to help train all those machine learning algorithms!

And those are my five main predictions for the year ahead! Do you have any of your own? Let me know in the comments below.