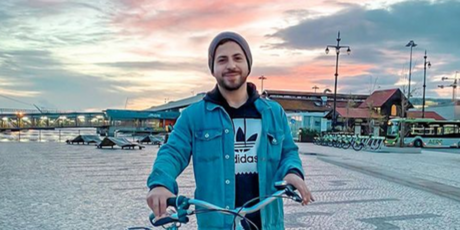 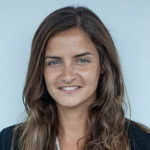 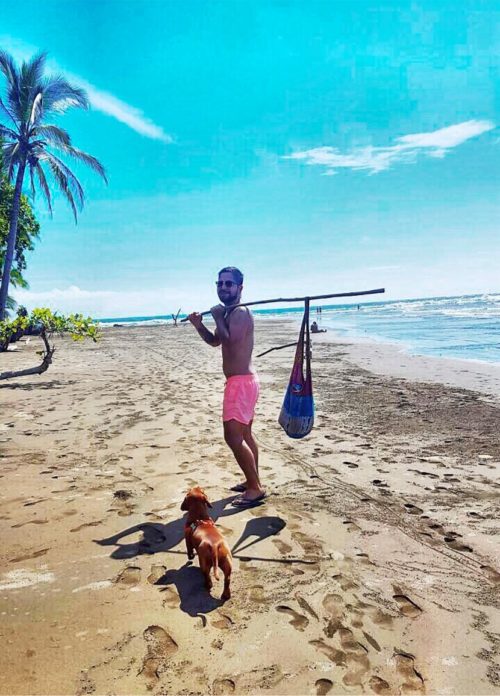 Do the words “Pura Vida” mean anything to you? Visit Costa Rica and find out. Actually, try to bump into Lance Ramirez in a Webex call to get a picture of it. You can use it to say “goodbye”, “hello”, “all is good”. More than an expression, “Pura Vida” is a lifestyle, the way Costa Ricans or “Ticos” look at life: grateful, relaxed, without a care in the world.

Lance is passionate about traveling since he first visited Guatemala. “I was 24 years old, and I just got… WOW”. From Antigua to climbing volcanoes, it totally exceeded his expectations. “I knew I had to travel more; it became an obsession for me”.

From then on, Lance would travel 2 times per year: 3 weeks during summer and other 3 weeks in the winter, visiting several countries in 1 trip. “If I would go to Europe, I would visit 6 countries”. During winter, he would pick countries with warm weather. “I was always trying to follow the sun”. Just like that, he visited 55 countries.

With so many pictures and videos, he created a travel blog on Facebook where he included tips and best practices for low-cost traveling. The blog got popular, and Lance became a reference for young “Ticos” who wanted to explore the world.

Traveling from and throughout America is usually very expensive, especially when compared with the European low-cost phenomenon. “I noticed how cheap flights were with Ryan Air and EasyJet, and I started using my blog to share my travel experiences and knowledge”. Costa Ricans were not traveling much as they had this mindset of how travel costs a fortune. “I just wanted people to know that was possible to travel on a reasonable budget and visit places out of the common routes”.

Lance’s big moment came along with his country’s presidential elections. He had previously done an interview for one of the biggest TV channels. What he did not know was the interview was to be broadcast during a debate between the candidates. “It was crazy, all Costa Rica was watching TV at that time”. Lance totally demystified traveling in Costa Rica, opening a whole new world of traveling opportunities to his fellow countryman. “I ended up receiving tons of messages and pictures from people who made it to the places I featured on the blog. It was very rewarding!”.

To keep traveling, Lance decided to move to Europe. Spain and Portugal were love at first sight. In fact, according to a DNA test, he is 16% Portuguese, so it was not hard to choose the next place to call home. He was already working for Cisco in Costa Rica and applied for a new job position upon the opening of the new CX Center hub in Lisbon. In December 2019, he made it to Lisbon and started his position as a Renewals Manager for Service Providers.

It’s quite easy to fall in love with our amazing capital, but I was quite curious to find out if Lance managed to find the meaning of “Pura Vida” in Portugal. Find below what “Pura Vida” means to him while living in our sunny corner of the earth:

Costa Rica is full of great beaches to surf. However, while working I had to live in the main city, which is 1,5 hours away from the closest beach. In Portugal, takes me 15 min to commute to the nearest surfable beach, meaning I can go surf after work and still catch some sun rays. The Portuguese coast has a great variety of waves, which makes it easy to find a new cool surf spot every time I just go exploring.

One thing I love about Portugal is the fact you can do amazing road trips. From little towns full of history to places where you’re able to spot the milky way. My top 3 road trip destinations so far are: Costa Vicentina, Gerês National Park and Serra da Estrela.

As a “Tico” nothing makes me happier than the smell and taste of volcanic-soil-cultivated coffee beans from home. It’s something I had to learn to live without, although I miss it terribly every time and everywhere. I think Portugal is one of the few places where I don’t miss it that much!

I was spoiled in Costa Rica, with 27 degrees and summer almost all year round. So, it’s very hard for me to get impressed with the weather in other places. But Portugal got me on the balance between seasons, on the wonderful autumn colors, and the sunsets. Whether it’s summer or wintertime, they’re just magnificent.

And you, what does “Pura Vida” mean to you?