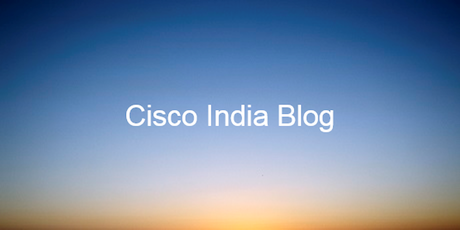 What would IOE and Smart City innovations mean for India?

As I begin to write this post, I cannot stop thinking about the fundamental changes that the nation is currently facing, which are likely to impact all cross-sections of society. There is burgeoning population growth but very limited resources in terms of manpower, budgets, infrastructure availability and citizen expectations and the government is trying to find ways to address this.

According to the report from the 12th Planning Commission, a population of 300 million is expected in the major Indian cities, yet the government has not paid systematic attention to urbanization so far. The report says, “as the urban population and income increase, demand for every key service such as water, transportation, sewage treatment and low income housing will increase five to seven-fold in cities.” McKinsey also estimates that the country’s cities are expected to grow from 340 million people in 2008 to 590 million in 2030 which represents 40-45% of the total population.

This population growth means that the cities are generating the economy’s expansion and this is attracting millions of people from rural areas. The ‘smart city concept’ has been the catchphrase recently and the objective of this is to encourage and endorse cities that deliver essential infrastructure together with elements which constitute a high quality of life.  Keeping this in mind, there are five key issues which need to be addressed and these are, in order of priority, 1) safety and security, 2) transportation – road traffic management and parking, 3) healthcare availability and pollution control, 4) revenue generation, tourism, tax collection, and 5) delivery of e-government services.

Public security is an increasing issue for any developing or ‘smart city’ globally. Cities are overflowing with population and the government is always under pressure to maintain an efficiently secure environment. ICT solution providers for a ‘smart city’ deploy IOE to supply and enable public and private services to work together more proficiently to maintain the safety of the city and this can be as simple as the use of the most sophisticated technology to deliver city services efficiently.

All over the world, cities have tried addressing some or all of these challenges in phases, for example Greenfield like Songdo in South Korea or GIFT city in Gujarat or Brownfield like San Jose, California, or Barcelona in Spain. Different challenges require different solutions and there is no replication for smart cities. However, for individual verticals wanting to deploy IOT for increasing their productivity or for new application areas, the cookie cutter approach may work well.

In the Electronics City area of Bangalore, for example, Cisco has worked closely with a service provider to deploy smart lighting which has some light poles capable of providing Wifi and surveillance cameras in addition to the LED lighting. The next wave of opportunities will arise out of specific application areas like parking management, water and waste management, street lighting, traffic control, security and surveillance.

Wifi is seen as key here, as it is the first initiative which connects the unconnected; it can provide connectivity everywhere in cities. Its ease of deployment and the advantages of its activation is a huge plus point, and citizens understand Wifi connectivity very well. People use Wifi services at airports, coffee shops and all the many other locations where it is offered.

Given its potential, Wifi looks as though it is set to become the key aggregator for all services in the future. For example, something as basic as a garbage bin could also have a tag, which is connected over Wifi to the backend network where the garbage truck rolls. This automation could result in efficiently reducing the fuel consumption and the truck rolls. Water and electricity meters can also be connected over Wifi enabling municipal authorities to generate ebills, thus reducing the time taken to complete this process. Numerous possibilities will become available, simply by connecting the devices to the application.

To conclude, then, I see a huge potential in India for building an enormous and effective ecosystem in these ever-developing metropolitans which will only become smarter by using digital technology. This revolution will also create employment prospects and trigger economic growth through innovation. It is indeed my dream to see India on the map as one of the most smartly-governed nations in the world and we have certainly embarked on that journey.