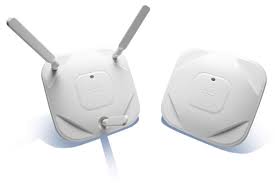 One of the most obvious differences compared to the AP3700 is the missing module slot – if you want to use WSSI- or 3G-Modules, please go for the AP3700.

One new thing added on the AP2700 for the first time in the Aironet-AP-Portfolio is a second GE-Port, called “Auxiliary”.
It’s intended to connect further devices like a Projector or Printer downstream from the AP.
This port is currently unmanaged (more capabilities in future) and does not offer PoE.

Availability
First Customer Shipment (FCS) has already happened and the product is available with Standard-Lead-Times.

The product will requires at least SW-Version 7.6.120.0 (often called “7.6MR2”) on WLAN-Controllers, which is also downloadable from www.cisco.com.
In Summer the product will also be supported with the upcoming 8.0 SW-Release.
An Autonomous IOS for this Access Points is scheduled for later.