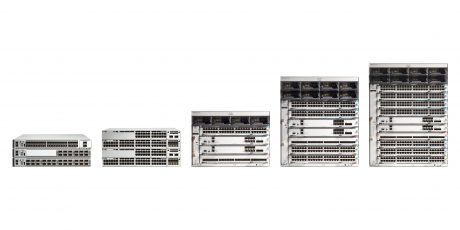 6 Reasons to Migrate to the Catalyst 9000 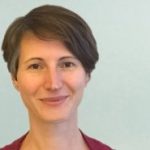 Studies of analyst firms such as IDC and Gartner have shown that digitization is a key factor for a business’s success, and that organisations with a mature, digital-ready network outdo their peers in profitability by far. Findings like these alone should provide ample reason to rely on a network foundation that will give companies the flexibility and stability to grow, whatever future business requirements will be.

In this context, we have recently announced The New Era of Networking, our intent-based and self-learning network, built on the Cisco Digital Network Architecture. Key cornerstones are Software-defined Access (SDA), DNA Center, Analytics and Assurance, and ETA. And, while most of these innovations work with our existing networking platforms, there are just some things that called for a new Switching platform.

Here’s what makes the Catalyst 9000 so special:

Encrypted Traffic Analytics (ETA), which uses behavioural and pattern-based analytics to detect malware in encrypted traffic without having to decrypt the traffic (thus keeping privacy intact), is only available on the Catalyst 9k. So, if you don’t want to miss out on The Mentalist put in a Switch, you know what to do.

Let’s face it – mobility is still on the rise and it’s what’s keeping many IT professionals busy, be it due to the sheer number of devices they need to manage, or policies that need to work across networks. By offering converged wired and wireless network services, the Catalyst 9000 provides exceptional visibility across security segmentations and policies for end-user devices and IoT devices.

Connect everything is what drives the IoT. With the Catalyst 9k, you can handle the scale of IoT without compromising on network segmentation. Handy features such as service discovery, IoT classification, and trustworthy security make connecting the unconnected a lot simpler. The fixed Catalyst 9300 offers Perpetual PoE, critical for IoT devices to be powered on, and has the highest UPoE density in the industry. So you can really connect (almost) everything.

Make your cloud environment simpler and more secure. With our DevOps toolkit, you can create and manage applications that are directly hosted in a local container on the Catalyst 9000. Or, of course, you can make use of the many existing applications of Cisco and our partners.

When we say we provide an open, programmable network, we mean it. The Catalyst 9000 has the custom-built UADP ASIC with an x86 CPU that will allow you to run your own or 3rd party applications, hosted in containers for flexibility and security. It’s a fully programmable switch with programmable ASIC and programmable OPEN IOS-XE. It’s the only campus switch that offers model-driven programmability, and streaming telemetry.

Simplify tasks and save time through automation. Configuring things like QoS, which could take months, can now be done in a couple of hours if not minutes with SDA and DNA Center. With Software-Defined Access, the network is not just a bunch of switches but operates as one single network fabric, and intent-based networking with DNA Center will make sure your intended QoS settings will get implemented all across the fabric. You won’t have to worry about software versions and images either, as the Catalyst 9000 is available with IOS XE and Cisco ONE subscription based licensing, which basically means you can chose the software based on your use-case, not just the feature set. Switches, and software, are easily upgraded with GIR Upgrades.

Wait, didn’t we say 6 reasons? Yes, we did. But we can’t just keep quiet about the fact that the Catalyst 9k was created in collaboration with designers from Ferrari. And while the car may or may not be out of your league, the Ferrari of the switching world is definitely not beyond your budget.

By the way, the Mars Network Challenge is a fun way to get to know DNA Center. Run and protect the first Mars base and win cool prizes such as tickets for Cisco Live, career certifications, and even Advanced Services. Are you up for the challenge?