As an English Literature Graduate, I spent a lot of my university life studying Byron and his poetry. Byron was a leading Romantic poet and is renowned for his narrative poem, ‘Don Juan’. I was always fascinated by the way in which he used language and imagery to convey certain ideas and themes. 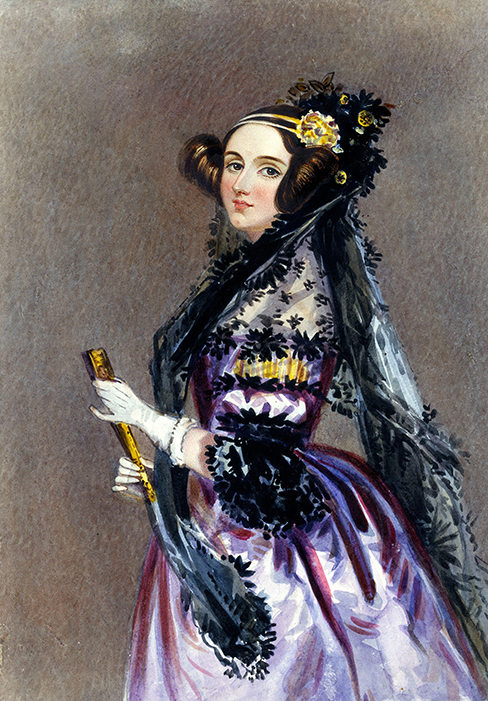 What you might not know about Byron, is that whilst he is incredibly regarded for his works in literature, arguably his
daughter, Ada Lovelace, is equally as noted – being famed in the polar opposite field of Science and Technology. Lovelace was a mathematician and is often regarded as the first computer programmer. Interestingly Ada’s leaning to mathematics and logic was promoted to her by her mother, who, in a bitter separation from Lord Byron, believed that Byron’s writings were a form of insanity. Ada herself described her approach as ‘poetical science’, in effect a blend of both her love of science and language.

Today is the celebration of Ada Lovelace, which promotes international recognition of the achievements of women in STEM subjects (Science, Technology, Engineering and Maths). The aim is to increase the profile of women in STEM and look to create role models who will encourage more girls into these subjects and careers.

From my involvement in Inclusion and Collaboration here at Cisco over the last year, I’ve become very aware of the imbalance around women in technology and what Cisco can do better to drive better engagement.

Let’s talk stats quickly: In the technology industry, only 17% are women. In Cisco, we are above the industry average and have around 23% female employees, but there is still room for improvement.

If we look at schools, the number of students studying Computer and ICT A-Levels has not been growing at the rates needed to sustain the 140,000 new people a year needed in the UK’s digital market. When looking at the gender split in these two subjects, 10% of Computing students are female and in ICT we see 36%.

With this need for 140,000 new skilled recruits in the technology sector each year, it’s not surprising that we see 52% of digital business reporting a significant skills gap. The Tech Partnership is doing tremendous work and focusing heavily on students 14-19 to look to address this skills gap – read more here.

We are entering a digital revolution. We are surrounded by technology, and how we interact with technology is becoming second nature. With the world becoming more automated, we need to ensure that technology and coding become requirements in schools. More jobs require computer skills and with this skills gap in the UK market alone, we need to look at how we can drive further adoption of STEM subjects in schools and encourage more young people to enter the technology industry.