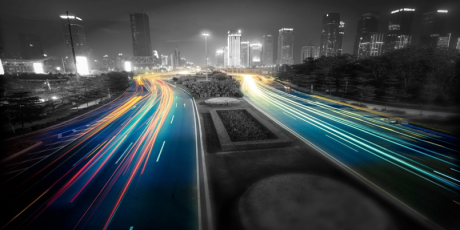 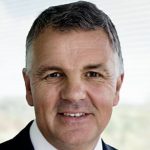 This blog was originally posted on Linkedin

As we look forward 30 years, it serves us well to think back 30 to the time when the Internet emerged from the heart of CERN and first came into people’s lives as the World Wide Web. In that short time it has changed everything. It has changed the way we learn, the way we play, the way we work and the way we live.

Today we are at the next take off point with the “Internet of Things”.  During the first three months of this year, more cars than phones were added to the Internet, thanks to innovations in driverless car technologies.  We estimate that 500 billion new “things” will come online by 2030. Data is becoming the new oil, fueling the next generation of growth.  And digitisation is everywhere. It’s driving breakthroughs in genetics, nanotechnology, energy usage and robotics.

We can witness that the digital, physical and biological worlds are converging. And with it, society is entering unchartered territory.

So what will the future be?

Well, I think we can quite easily envisage a world in 30 years where our each and every move is being monitored and watched. But in 2045, could every aspect of our waking and sleeping life be on camera?

A 2045 where machines no longer help us, but control us?

A 2045 where cybercrime is so rife that it plunges us into chaos and fear?

Could it be a world where rich humans live to all intents and purposes forever? Where we design those who are born? And a society where humans are hooked to personalised drugs?

In 2045, could we not only be printing cars and houses, but also see bad guys printing viruses?

Where the Internet has created dangerous divides between the “haves” and “have-nots”?  Where there’s no point to education, because there are no longer any jobs?

In 2045, could the very existence of humanity hang in the balance as some commentators suggest?

Or, we will find a better way.

Imagine a world where we, early in the 21st century, successfully addressed these potential problems with policy, cooperation and consultation. Where business, government, regulators and lawmakers worked together to think through the evolution of technology as part of society.

Humans are not being replaced but are helped by machines in low value, predictable tasks. Automation and Artificial Intelligence have improved productivity so much, and quality of life is so high, that people have reclaimed their lives from 24×7 work. People can once again enjoy leisure and entertainment and all the benefits of life in a connected society.

The world’s toughest challenges – cancer, famine and protecting our scarce resources are a thing of the past. David Attenborough at the age of 120 has just released “planet Earth 17”! Smart farming has drastically reduced fresh water usage and wastage in agriculture. Smart grids are genuinely smart and have massively reduced energy consumption. And, hydrogen-fueled and solar vehicles are reducing our carbon footprint and have almost removed the problem of congestion.

We can now afford to provide personalised, sensitive and lifelong healthcare for everyone – because society has become so productive.   Where drugs are exactly mapped to our personalised genetic make-up.  But we continue to own and control our data and release it as needed and to make the right personal health decisions.

Our lives have become safer as a result of technology.  Cybercrime is under control through smart AI and autonomous cars have a perfect safety record.

The world is now just one big city.  Hyperloop “version x” is moving us around the world at 4000 Km/hr, meaning we can live and work anywhere on the planet.

The Internet and education are still the great equalisers in life as they always have been.

We’ve got a choice between two very different worlds for the next 30 years. Technology is just a tool, the power is in our hands to use it to make the world a better place and the place we want it to be.