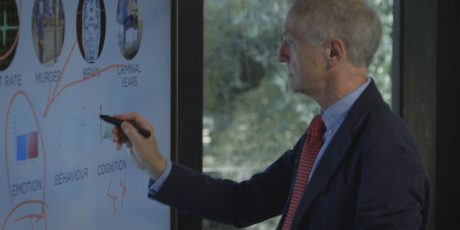 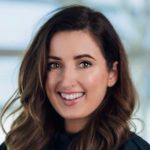 Why do people communicate, work or live the way they do?

Most interactions are contingent on how people have been influenced and the behavioural traits they have learned. As you can imagine, this is something we think about often in the Cisco Collaboration team.

Recently, we worked on an interesting project to take this a step further by supporting the investigation of an unusual psychosis of behaviours. We used Webex as a tool to not only collaborate, but to enable a deeper understanding of how some people become who they are.

What makes a criminal?

Our Webex team worked with neuro-criminologists and co-producers at Dragonfly Film and TV and Underworld TV, to help them film a journey of self-discovery. The documentary series is called ‘What Makes a Murderer’ and explores exactly how convicted ex-criminals become who they are by exploring their life and crimes in unprecedented detail.

Sociological, biological and psychological factors have a huge impact on who someone is. It is interesting to see how a mix of these factors can lead to some devastating outcomes, and by studying them, we can come together to prevent them from happening again.

During filming, Professor Adrian Raine and Dr. Vicky Thakordas-Desai took on this challenge with the help of Cisco Webex. The team used Webex to communicate, collaborate and investigate together in the most efficient way possible.

The team used Webex boards and Webex Teams to examine evidence such as brain scans and hormone information. When discussing their research, Professor Adrian Raine and Dr. Vicky Thakordas-Desai were able to annotate their individual findings using the whiteboarding features and come to a conclusion together.

The production team said, “With so much activity during filming between our studio, The University of Birmingham and other locations, Cisco’s Webex solution and devices allowed Professor Adrian Raine and Dr. Vicky Thakordas-Desai to collaborate on research, discuss their findings and annotate crucial brain scans and other images.”

One thing we hear a lot from our internal teams and customers is that Webex simply makes their day easier. Especially in places such as London where it can take hours to get from side of the city to the other. The ability to speak face-to-face, digitally share ideas or research quickly, allows us all to get our work and results quicker.

To say the least, this was a different day at the office for us, but it was an extremely interesting one. It is exciting to see the use cases of our solutions go beyond what we could even imagine. This project took our recent ‘Getting to know you’ campaign to the next level.

Find out more about Webex Teams and Devices here.

Tune in to the next episodes of What Makes a Murderer on Channel 4 at 9 pm on 28th November and 5th December or catch up on Episode 1 on All 4.