#SundayStartup no. 23 – the top five stories for tech start-ups this week

Welcome to another weekly dose of #SundayStartup, in which we categorically won’t be talking about the fact the iPhone 7 doesn’t have a headphone jack or that this week was Star Trek’s 50th birthday.

Apart from just then, obviously…

We will, however, be discussing how you may soon be able to travel across the UK at 760mph in a metal tube and showing you some promising stats around UK tech start-up investment.

Oh, and don’t forget the phone you’ll soon have in your finger!

Want to know which start-ups are taking a leaf out of Rita Ora’s book and being hot right now (sorry)?

London-based healthtech company CRISPR Therapeutics tops the list compiled by recruitment firm Sonovate, having seen employee growth of 2233% and investment of £127m in the past two years.

Commenting on the report, Sonovate said: “The UK Tech industry is thriving at the minute, having received a record $3.6bn investment in 2015 and supporting thousands of jobs throughout the UK.”

If that wasn’t good enough news for you then how about this?

The UK tech industry is going from strength to strength, pulling far ahead of the rest of Europe and accounting for 18 of the 47 ‘unicorns’ on the continent. To put that into context, second-place Sweden has just seven.

Britain, keep up the strong work!

Great news for the UK fintech scene – as European venture capitalist firm Northzone has launched a new multimillion-pound fund aimed at investing in tech start-ups across the continent.

And the firm has put London fintech start-ups firmly in its sights despite some uncertainty following the Brexit vote.

This is yet another massive vote of confidence in the UK tech start-up scene – long may it continue!

London to Manchester in 18 minutes? 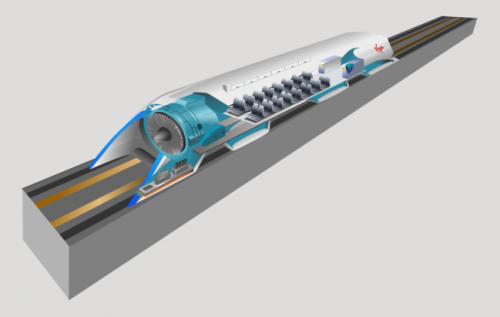 The supersonic rail system sends trains (or capsules, more accurately) through a vacuum, and Musk claims it could one day reach speeds of up to 760mph.

That would reduce London to Manchester commuting time to a mere 18 minutes.

And finally… make a phone call with your finger

Fancy having a phone built into your hand that let’s you listen to calls by sticking your finger in your ear?

But science-fiction-resembling tech start-up Sgnl aims to let you do just that, and has already raised almost $650,000 on Kickstarter.

Next stop: a micro-camera you activate by jabbing yourself in the eye?

You heard it here first…