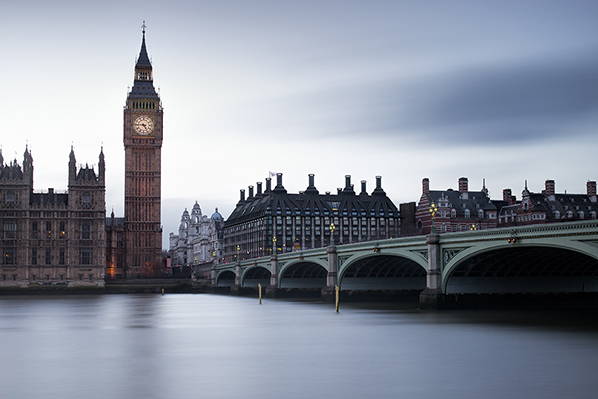 The Government has set out its stall to make Britain a “world leader in digital technology” following the Queen’s State Opening of Parliament this morning.

Drones, autonomous vehicles, and even a spaceport feature as part of legislation aiming to put the country at the forefront of technology globally.

As well as these eye-catching measures, the Digital Economy Bill will give each household the legal right to a fast broadband connection.

This will help drive the digitisation of the UK – something which is reshaping businesses and transforming the way we live, work, play and learn.

According to our research, 40% of companies are at risk of being displaced by digital disruption by 2020. Therefore, having access to infrastructure and reliable connectivity is now fundamental for all businesses to remain competitive.

This requires investment in infrastructure to support the development of digital industries and promote digital inclusion from the boardroom right through to the classroom.

By writing into law that broadband should be a fundamental right to all, this recognises the essential role of the internet to our future success as a country.

Businesses will be able to drive innovation and build a framework that will improve productivity, fuel collaboration, capitalise of business opportunity and accelerate the UK digital economy.

We’re on the road to driverless cars

As mentioned, as part of a raft of measures put forward in the Modern Transport Bill, we can start to look forward to a future economy supported by autonomous vehicles and drones.

The seeds for this have already been planted (in the likes of self-parking cars) and now the government wants to make driverless vehicles insurable under existing policies.

Consumer trust in driverless cars will come, as driver assisted technology becomes more prevalent and we start to see these vehicles out and about.

Making these first steps to untangle the legal and cultural barriers to driverless cars is welcome – but we’ve got a long road ahead. Who is responsible for what happens in the event of an accident (is it the driver, is the car manufacturer, is it who wrote the software?) will still prove to be a major obstacle.

On top of this, we need the infrastructure in place to maximise the technology’s potential.

The ability for vehicles to talk to each other, in order to adjust speed and direction, is an inherent requirement for bringing the full driverless car concept to life.

We need to build-in smart technology into our roads and mobile network, as well as develop vehicle-to-vehicle technology. The United States is already ahead of us on this front, after Obama announced plans to make this technology to be built into all new cars.

OK, so that’s an awful lot to get through, but just think about how much safer driverless vehicles could make our roads. In the UK alone there were 22,830 people killed or seriously injured on the roads in the last year. Removing human error from this could make a significant reduction in that number.

While certain job roles will become obsolete, we believe the impact will be offset by the huge economic and societal impacts that autonomous technology will bring, not to mention the new jobs that it will create.

There is also promise of developing the commercial opportunities around drones (you can check out my explainer blog on that here), and this will only fuel economic growth further.

The government is recognising that cutting edge technologies are needed to power our economy in the future – so cutting through regulation, and breaking down barriers of access will only help fuel innovation, research and development within these fields.

All of that aside, it’s hard not to be excited about the prospect of a spaceport being built in the UK. Who wouldn’t want the chance to catch a Virgin Galactic flight into space?