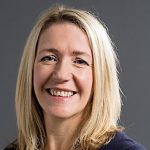 Last month saw OpenStack Silicon Valley 2015, this year’s conference surrounding the open-source cloud-computing software platform that has become a favourite for many developers.

OpenStack is on the rise: during the conference, forecasts were cited predicting the platform will expand from a 31% share of data operations in 2015 to as much as 36% by 2018.

Let’s have a look at some of today’s hot topics related to OpenStack that developers should know about.

The ins and outs of containers

Everyone’s talking about containers right now. These portable environments allow developers to isolate and package applications with all the necessary libraries and dependencies, so they can be transferred and shared easily. Crucially, container image also allow applications to be deployed much more quickly than if they were packaged in a virtual machine image.

The new OpenStack Magnum project integrates containers into OpenStack, allowing them to be orchestrated using ‘bays’. The aim is to provide a single, consolidated API that devs can use to manage their workloads – whether they’re running on containers, virtual machines (VMs), or both, It looks like one of the most promising ways to use containers in the platform, and I’m eagerly following the project as it continues to mature.

Many organisations are adopting OpenStack now – including the world’s largest retailer. Walmart, the owner of Asda here in the UK, needed a solution that could track 245 million customers a week in 11,000 stores across 27 countries, as well as take care of 11 e-commerce websites. Unlike other options, they found it met all their performance and functionality requirements, and so Walmart now have their own private cloud based on the platform.

OpenStack’s scalability was a major factor in their decision. Walmart Lab’s Senior Director for Cloud Operations and Engineering, Amandeep Singh Junjea, has stated: “Walmart needed a technology stack that would scale to meet the explosive demand, flexible enough to build applications that adapt to ever-changing user preferences, and with enough big data smarts to predict what customers want and provide them with recommendations.”

Other highly successful adopters include Internet video company Ooyala, which is now reaching almost 200 million unique viewers in more than 130 countries, and mobile advertising platform Tapjoy, which has a reach of over 500 million mobile users around the world per month. OpenStack has now matured enough to be a solid and powerful solution for all kinds of enterprises.

If you’re already using OpenStack, there’s an important date to put in your calendar: 15th October 2015. That’s when the latest version of the platform is due to be released. Its name is Liberty, taken from a village in Canadian province of Saskatchewan, and it’s appropriate given that there has been a lot of emphasis recently on “unlocked infrastructure” and OpenStack’s potential as a platform for free-thinking innovation.

OpenStack has come a long way since its first release, Austin, back in 2010. With an ever-increasing roster of high-profile adopters and innovations appearing all the time, I’ll be interested to see where the future takes it.

Some of our sources: