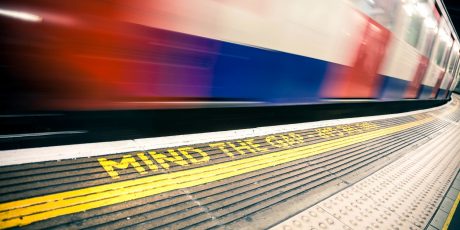 Mind the Gap: Why Digitisation is Key to Increasing Productivity (Part 1) 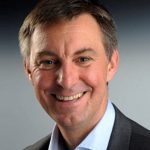 It is now 10 years since the start of the most recent financial crisis. Despite years of austerity measures, the UK economy has largely recovered, and is now weathering the new era of post-Brexit uncertainty.

Yet despite a relatively rapid return to growth following 2008 and the huge success of maintaining high UK employment levels through the last ten years, one economic performance measure remains incredibly elusive – productivity.

Productivity has remained flat over the last decade and while productivity growth has slowed in most European countries as well as the USA and Japan, the UK has underperformed nearly all of the G7 countries (16% lower). To put this into context, a worker in the UK produces 10% less value than an Italian worker, almost 30% less than a French or US worker and more than 30% less than the average German employee for the same hours worked (source FT.com).

The lack of improvement in the UK’s productivity has meant that, although we continue to work hard as a nation, we are not really increasing our wealth.

The fact that UK productivity has remained flat for 10 years in an era of significant technological advancements is extremely puzzling. If technology has one sure-fire impact on the economy you would think it would be that of improved productivity. So, why has productivity in the UK remained flat in a period of obvious digitisation, and why does it matter?

The productivity equation is pretty basic:

In recent decades, the UK has addressed productivity by driving process improvements through “Lean” methodologies and just-in-time style supply chains. This approach has delivered results but has often been focused on doing the same things more efficiently, reducing the hours worked on a task for the same value created. This is a valid initial step, but after multiple cycles the law of diminishing returns inevitably kicks in.

This is also true of much of the technology that has been introduced over the years. Some of the benefits of previous technology improvements were fully realised decades ago and that legacy infrastructure, on which businesses rely, often now proves a barrier to further technology based transformations.

As well as automating manual tasks, future technology adoptions will increasingly be about doing things that could not be done before and creating whole new business models. It could be that the level of transformation required for this next step is in-fact proving a barrier to digital adoption and hence the improved productivity that comes from it.

As opposed to previous process based improvements to Productivity the next, more challenging, step will be to focus on the numerator – Value Created.

In my next blog, I’ll explore how technology and digitisation can help us develop business opportunities that generate more value, and therefore wealth, and I’ll make the case for why every organization needs a digital strategy to improve and safeguard its business.

If improving productivity is top of mind for you right now, Cisco and many other leading companies have collaborated on Bethebusiness.com, is a new online resource that will allow businesses to assess themselves via a benchmarking and measurement tool, and a collaboration hub that shares best practice from across the UK. The first version was launched in July 2017 by the Productivity Leadership Group (PLG), of which Cisco is a proud member, and it’s free to use and we are looking to develop it further.

Feeling inspired? Together, the PLG and the UK government’s innovation agency, Innovation UK, have just launched a funding competition where organisations can apply for a share of up to £500,000 to develop solutions that improve productivity in their business. It’s open for entries now until 20 September 2017.