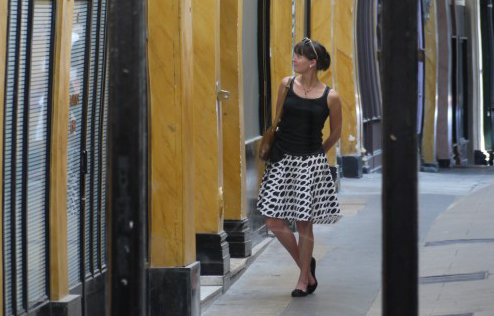 Decoded: from cryptography to zoology with Alison Vincent

I’ve just made the foolish mistake of asking Cisco’s Chief Technology Officer if anything the team is working on in the labs might be making  its way to the living room any time soon. It’s the kind of answer that I’ve always wanted to hear in an interview.

Problem is, I’m not entirely sure she’s bluffing. 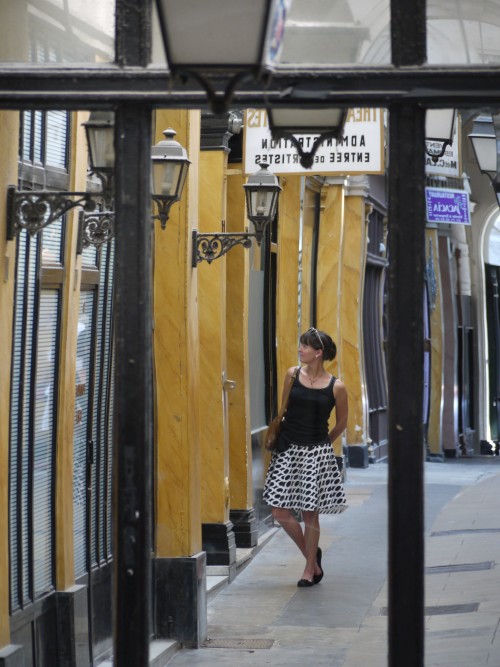 For yes, there are labs at Cisco’s Bedfont Lakes offices. Secret ones. Ones that you need a high-level access pass to gain entry to. “There are some labs that even I can’t go into,” she says.

I get the feeling that if anyone should get into those places, it’s Alison. With a PhD in cryptography, she knows a thing or two about how to keep secrets safe. Right now, she’s leading the charge as Cisco’s Chief Technology Officer, and was responsible for introducing “agile development” into the organisation, something she describes as being fundamental to learning by “failing fast”.

“It’s better to spend two weeks building something and scrapping it than it is two years,” she says. “Ultimately, it helps you build things better, stronger and faster.”

We scroll back a bit. How exactly does one get a PhD in cryptography, I wonder? “I did a Maths and Computer Science degree,” she explains. “In the third year they get you to do projects on lots of little topics, and one of them was on codes and ciphers. I had this one professor – and he was so unlike a professor; he had long hair and used to make money by gambling on the horses because he was so good at probabilities – and he suggested that I do a PhD in cryptography because I clearly enjoyed it so much.”

“I was about to take a position at Mars doing general management,” she continues, “and I thought ‘no – I’ll give this a go instead’. The rest is history really.” I take a moment to wonder if all people with doctorates in such incredibly complex areas are so understated about how they gained them. Probably not, I assume.

While she’s modest about her academic achievements though, there’s a definite claim to fame that goes with Alison’s PhD. “You know Dan Brown?” she asks, referring to the author. I do, I tell her. Indeed – does anyone not know Dan Brown these days? “I’m actually Sophie from The Da Vinci code.”

Once I’ve picked my jaw up from the floor, I ask her to explain. “That character studied cryptography at Royal Holloway College, and that’s where I was studying. I was the only female doing that degree. So yeah, that’s what I like to tell people at dinner parties anyway,” she laughs.

Cryptography is, of course, more than just cool stories and famous authors. “It’s all about how you hide information in data,” Alison explains. “You send one message, but under the covers is something else, something hidden. It’s about how you choose to hide that other message.”

That practice of encrypting information was what eventually led her to NDS, a company that Cisco acquired in 2012. She tells me about ‘conditional access’ technology, which governs which TV channels you can watch via a set-top box. “All the channels are there,” she says. “Conditional access just means that you only ‘expose’ the ones that they’ve paid for.”

It sounds phenomenally clever, but I wonder how it actually happens. “To be honest with you,” Alison continues, “if I went back to and opened my PhD folder now, I would have no idea what most of that stuff was about. It was binary and tertiary sequences, which involves inventing a way to distribute numbers so that you can hide messages in radar signals.”

I nod politely at the mention of tertiary sequences, and move us swiftly onto ground that I have a hope of understanding. “With that kind of experience,” I ask, “didn’t you get a call from some kind of shady government folks wanting to snap you up?”

“I did, actually,” she replies. “And if you really want an example of a stereotypical geek then, my goodness, they are there in hordes. The majority were in sandals and white socks, and when I walked in the room I thought ‘uh-uh, I do not want to work here’.”

Not quite Daniel Craig, then, but wasn’t it just a test to put her off? “No, definitely not. Those were real sandals, and very real white socks.”

With the acquisition of NDS, Alison became part of the Cisco fold. Her first role saw Alison heading up the whole of the company’s engineering community in the UK and Ireland. A challenge that she embraced wholeheartedly, helping to “join up the dots between lots of disparate engineering communities and helping them to feel part of a bigger team.”

She goes on to reveal that there are now more than a thousand engineers in the UK, outweighing even Cisco’s ample salesforce. “It’s been a slow process,” she says of bringing them all together. “They’re used to having always been quite siloed, but we arranged one event about six months ago where we talked to them all about ‘agile’ software development. It’s a more modern way of creating software,” she continues.

Sometimes, she explains, that process takes the form of ‘hackathons’. “They’re fun,” she says. “We’ll lock them in a room, shove some pizza under the door and tell them they have 24 hours to come up with something. That might be totally undirected, or we might give them a specific brief. Something like ‘how does mobile technology affect the video space’. Either way, it’s a great way of generating new ideas.”

Generating new ideas, of course, means having new people coming into the industry to dream them up. It’s an area that’s understandably close to Alison’s heart. “I’m passionate about building the future pipeline of talent,” she explains. “I do a lot of work with schools, trying to get the engineers to inspire children to consider computer science, or maths, to consider it as a choice.”

Given that skills shortages seem to be a perennial topic for the IT industry’s numerous publications, I ask her why we still don’t seem to have fixed that problem of getting kids engaged with the sector.

“I’ve got a 15 year-old son, and I see that with him,” she replies. “I find that frustrating. I’m there trying to inspire his generation, but to him things like computer science just aren’t cool. It’s for geeks. He’ll do science, physics, all that sort of stuff. But computers? Just for the dorks.” 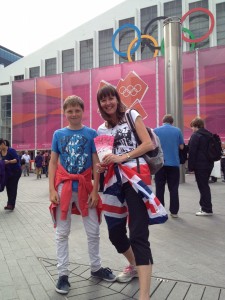 Mention of her son leads us on to talk about what Alison does when she’s not leading the charge on agile software development. She recently celebrated her 25th wedding anniversary and, alongside her son and husband, lives with two lizards and a corn snake – Alan, Dominic and keith. “Dominic’s a bearded dragon, and could live for a very long time and grow to be very big,” she says. “So he’s off to university with my son when he goes. Alan can stick around; he’s much cuter.”

If two massive lizards and a snake are less than conventional choices for house pets, then they at least speak to Alison’s (and her family’s) penchant for exploring. “We tend to have quite unusual holidays,” she says. “Before we had our son, our ambition was to visit all of the vineyards in the world. We haven’t quite made it, but we’ve done quite well. We’ve done some in Australia, California, South Africa, Europe. But then he came along, and so that ambition’s shifted to seeing animals that are under threat of extinction before they disappear off of the planet.” 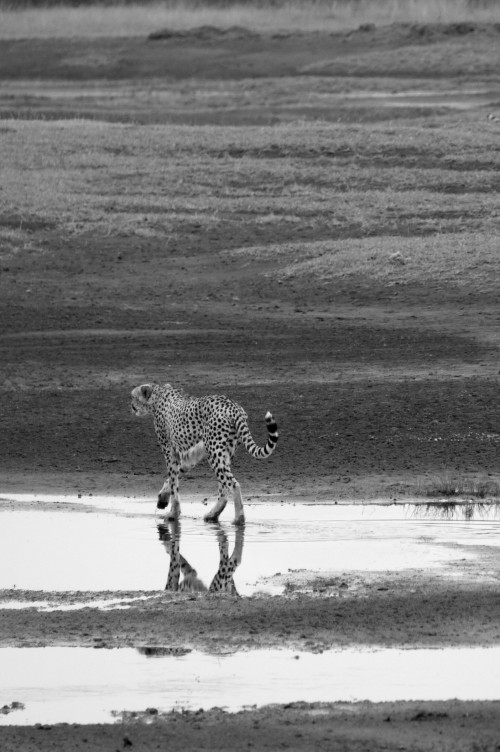 That, she explains, means hitting up some far flung locations.

“Last October we went to Madagascar, which was awesome. It’s lovely, but it’s also really sad when you see these species that might not be around much longer. A couple of years back we went to Kakamega forest in Kenya, which is the last piece of rainforest on the east coast before it hits the Uganda. It’s meant to be protected, but you watch people coming out with clumps of wood for their fires.”

While those trips have stirred up an ecological fervour in her son, it seems to run in the family. Her husband, mentions Alison, collects moths. That means that they end up planning many of their holidays around rainy seasons and moon phases. “Moths won’t come out when the moon’s out, which means we end up planning wet, dark holidays. It’s fairly unusual, I’d say.”

As is the contents of the Vincent household, by the sounds of things. Adding to her husband’s moth collection is her son’s set of rare beetles. Glass display cases can be found throughout the house, a range of species on show. “I’m not so keen on that side of it to be honest,” she says.

While they’ve already travelled to a number of far flung places in their pursuit of endangered wildlife, the to-do list is still a long one. Alison talks of a number of locations, many of which are linked to her dream of seeing bears in the wild. “Maybe Canada or Yellowstone,” she continues. “Or polar bears. They’re a major species that I’ve never I seen, and I definitely want to.”

We switch quickly from bears to Jaguars. As well as exploring the natural world, Alison’s a self-confessed petrol-head. She drives a Jaguar E-Type and spent several weekends over the summer disassembling the engine and putting it back together to fix a problem with the clutch. “I’d much rather be driving it than fixing it though,” she continues. Cars are a family pursuit it seems, with Alison’s husband track-racing in a Caterham 7. “I support him when he’s racing and scream when I’m going round as a passenger.”

It sounds like something a bit more powerful might be on the shopping list before long, too. “A Ferrari Dino’s on my list,” she says. “And I’ve always wanted an American muscle car, so a Mustang’s got to be in there somewhere as well. It needs to be convertible too, and preferably black.”

So what else does an engine-fixing, code-breaking, globe-trotting, youth-rallying and (possibly) Dan Brown-inspiring lady do when she’s not doing any of those things?

“I do singing, acting and stuff. Some Gilbert and Sullivan, some operettas. My favourite part I’ve ever played is Sally Bowles, from Cabaret.” Recently though, she’s been spending time in front of the stage, as well as on it. “Last year, I took the chance to be the musical director. I taught myself to conduct, and was in the pit conducting the orchestra. It was fascinating, and showed that even at my stage in life I could learn a new skill,” she laughs. 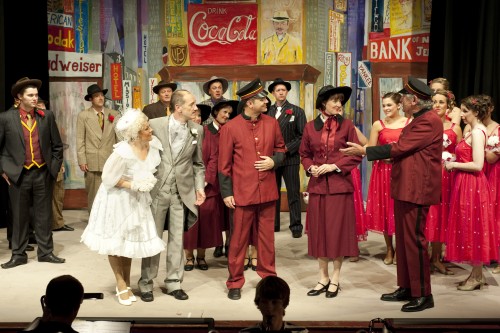 It doesn’t seem like Alison’s ever had any trouble when it comes to that. I wonder if it might have been easier to run our interview by focusing on what she’s not interested in, rather than what she is.

As it is, time’s up anyway, and we part in the spring sunshine. She strides swiftly away, and as she does, I wonder if her destination is just a normal Cisco hot-desk, or a lab buried somewhere deep below the ground.

She could tell me, I suppose. But then she’d have to shoot me.