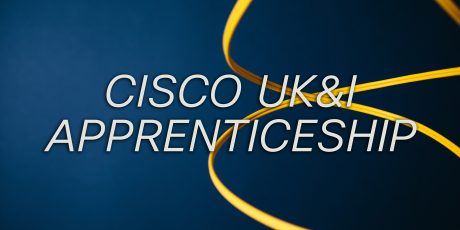 Apprenticeships Through the Ages 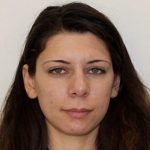 So as we are celebrating apprenticeships, I took the opportunity as a current Cisco apprentice to speak to the business to find out who else had completed an apprenticeship. I met up with Richard Everard, Director of Service Sales at Cisco UKI, who undertook an apprenticeship in Electronic Engineering as a 16 year old in the 1980s at Dowty Maritime, where he worked with teams making submarines detection devices and missile guidance systems for nuclear submarines.

From Richard’s insights we can appreciate that the timeless keystones of apprenticeships still ground our principles to their approach in the present day, those being:

He recounts, ‘because it was a defence company, my first year was spent at college as we weren’t allowed on the company premises until we had been government security cleared. The rest of the apprenticeship was a combination of work secondments and evening college. Those secondments were three month rotations in different parts of the business such as manufacturing, design, project management and technical drawing’. It is interesting then to learn that the format of Richard’s apprenticeship had so much in common with our own programme today.

He elaborates, ‘I wasn’t academically driven at school but became more interested in study as I matured in my late teens which lead me to attend University. The apprenticeship taught me discipline; getting up early in the morning to go to work whilst studying at college in the evenings could be tough at times when you would rather be socialising  but the penalty for not achieving the grades at college was to have your wages cut’. Thankfully something not mirrored by our own programme. He also touches on the importance of considering personal finances as a young person transitioning into the adult world: ‘I didn’t feel, with my financial circumstances, that I was able to do A Levels, so the apprenticeship seemed a natural choice to get qualifications and get paid’.

Now, as a Service Sales Director at Cisco UKI, Richard encourages the development of the current and graduated apprentices whom he has incorporated into his team. He relates the mutual benefits of the arrangement where current apprentices form understanding of job roles by offering valuable support to the established team, growing in experience and confidence in preparation for graduate roles within the business.

What would Richard look for in an aspiring team member? He is enthusiastic about the triad for success:

‘How you will impress me is how you embrace the task you’ve been given. It’s about your approach- it’s not just what you produce but how you go about the task, your interaction with the team and your persistence; for example if one communication method fails to achieve the desired result then you would use other communication mediums such as Spark, Jabber [Cisco’s instant messaging] etc and if that doesn’t work then you would pick up the phone.’ He describes one such example in 3rd year Cisco Apprentice Will Dukes. ‘It is good to see that Will is growing in confidence and is now taking on more complex tasks. It is clear to see he has a strong work ethic which will stand him in good stead throughout his career’

Continuing, he advises ‘your brand within Cisco is determined by you, how you come to work and how hard you work. How you conduct yourself in a year 1 secondment will have a knock-on effect later in your apprenticeship. The most relevant feedback about the apprentices in my team comes from other people not just from my own personal observations. Anyone can pretend to work hard when the boss is around but they can’t hide how they are really behaving from the wider team’

Richard thinks that the secondments give the apprentices an understanding of their strengths which they should use to guide them to the final career choice.

‘Apprenticeships allow you to absorb the culture of a department or team… and understanding the culture of how that team operates allows you to understand if you like that culture and whether you will fit in. This in turn allows you to see if you want to take a permanent role there at the end of your apprenticeship. I’m a big fan of the Cisco apprenticeship program because I think it delivers a loyal employee base of talent that will hopefully go on to be the leaders of Cisco tomorrow’.