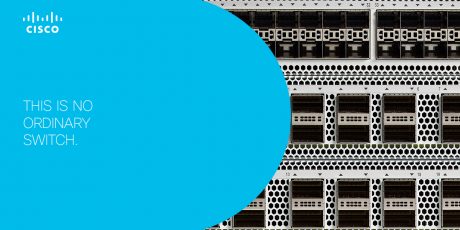 Another new Catalyst switch from Cisco. What’s so exciting?  It really is.  Here’s why. 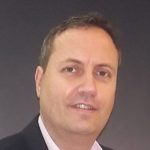 Bear with me I beg and read on.  Cisco has proven track record in delivering transformational network innovation to enable customers to capture market transitions. We did it back in the late 90’s with voice and data convergence. And in 2017 with the announcement of an intuitive network, we’re doing it again.

More specifically Software Defined Networking (Want to know more – I recommend listening to this great podcast for a deeper dive on this topic). Designed for today’s requirements for increased security, the cloud, the exponential growth of IoT, and for a hyper connected workforce.   The key trends that keep us networking folk awake at night.

Those digital transformation trends, and the continual and constantly evolving security threats, mean that deploy and walk away just isn’t enough anymore. A manual update approach is simply not scalable.  Deploying and managing the network as software is the real game-changer.

Hang on though, this blog is about a switch.  Which is hardware, not software.

To get to software-defined networking, you need to start with the right hardware.  The Catalyst 9000 Series Switches  are the first to have been fully designed for Software-Defined Access, from the ground up. Central to their design is custom ASIC.

Now new innovation will be possible without ongoing hardware swaps. Offering increased scale and flexibility. This truly is a new era of networking which we explore in more detail in our podcast  The Network. Intuitive. Explained.

This is not about rip and replace

Upgrading to the Catalyst 9000 series unlocks the full potential. Capabilities such as ETA (Encrypted Traffic Analytics), Fabric Flow and IoT Endpoint Profiling and Subtended Node. Giving you greater visibility, security, and scale.  And critically the switches become programmable and innovation can be added through software updates rather than hardware replacement.  Truly no more rip and replace.

You, our customers, are demanding more flexibility in how you consume technology innovations.  You want the same flexibility you are already used to getting from software and in the data centre. You are telling us that these consumption models need to extend to your networking infrastructure.  And we’ve delivered.

The key to that ongoing access to innovation and flexibility is the Cisco ONE subscription model for your network software. Giving you automatic and ongoing access to software innovations, which can be rolled out at a keystroke.  And the ability to switch on additional functionality when you need it.

Combined with the Catalyst 9000 series switches, it delivers the most agile and responsive network. Easier and less resource intensive to manage, more flexible to adapt to changing requirements.

So, those new Catalyst 9000 series switches.  Quite exciting really after all.  They are the foundation of this new era of networking.  The Network. Intuitive.