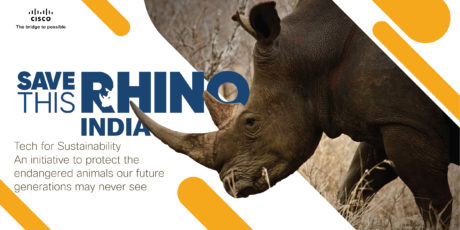 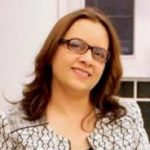 Powering an inclusive future is the way we think, work and act at Cisco. We are ready to lead this change powered by an informed and a community conscious diaspora, increased awareness on global issues, along with rising efforts to support the cause, and with technology wiring the route forward. 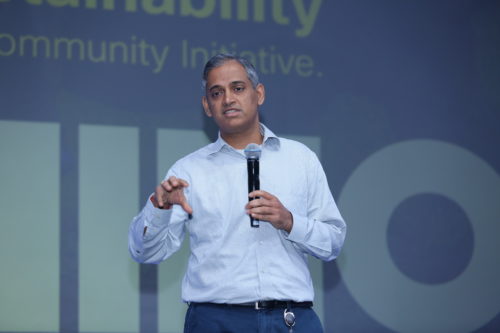 The collaboration materialised through a partnership with National Geographic Channel, Global Innovation team and India’s DevNet team, seeding the tech for sustainability campaign in November last year. We rolled out a two weeks’ call for ideas, that culminated into a designing and thinking workshop, along with a prototyping hackathon. Designed to address solutions around the human-wildlife conflict, flood and disaster response, and health and sanitation, the campaign generated over 150 ideas from 300 employees across Cisco’s Cessna campus in Bangalore, registering for the event. 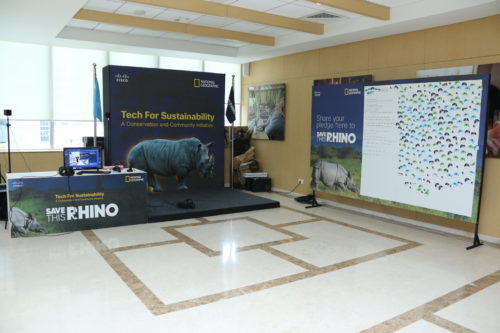 The event was an extension Cisco’s earlier effort in leveraging a combination of Cisco-based technologies to help protect and rescue the endangered rhinoceros in South Africa last year. Sponsored by ex-Cisconian David Ward, SVP, CTO of Engineering and Chief Architect, the India project aimed to reinforce Cisco’s commitment towards positive impacts on the planet, our dedication to the circular economy, eliminating single use plastics, reducing greenhouse gas emissions, and the power of technology in building an inclusive future.

Surprisingly, while the hackers were busy channelling their ideas and modelling the solutions, the rest of the campus acutely 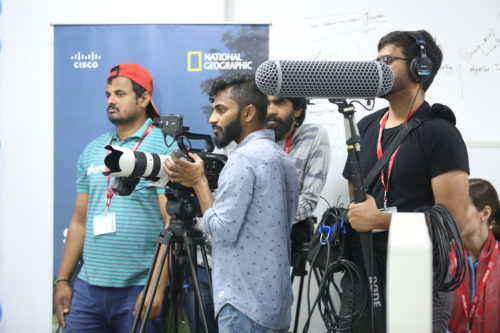 bitten by the bug, engaged heavily in canvassing, and pledging their commitment to the cause by using innovative ways to build awareness. It was a heartening sight to catch Rishabh Mahajan, Consulting Engineer, striding across the campus with his STR branded drone, the poet in Sakshi Dhingra, Consulting Engineer, inking lines that call on all to join the network of Global Problem Solvers by using technology to end poaching for good, or the Cisco band stringing out a new number created exclusively for the initiative. As the tempo caught on, the Nat Geo camera men toured the campus capturing candid moments of the fervour that outpoured from the hearts of nature-aware Cisconians. 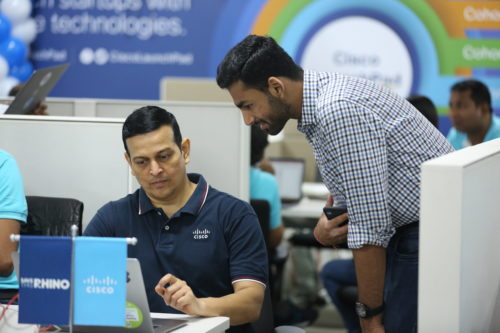 A notable face amongst external judges was Dr Krithi Karanth, Chief Scientist from the Centre of WildLife Studies Bangalore, who shared statistics and insights on wildlife conservation activations across the country. Global “save the rhino” advocate and legendary cricketer, Kevin Pietersen, and David joined the team on Webex to further motivate and analyse the challenges plaguing the issue. 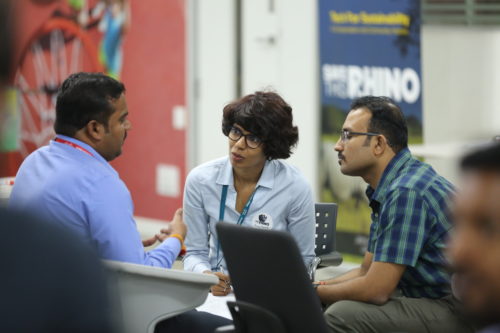 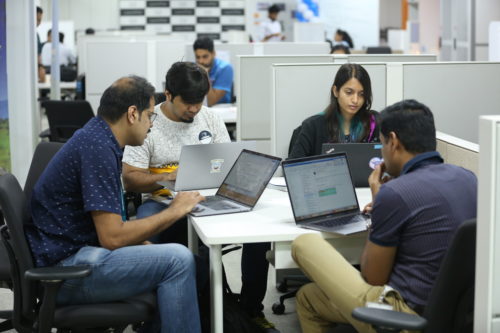 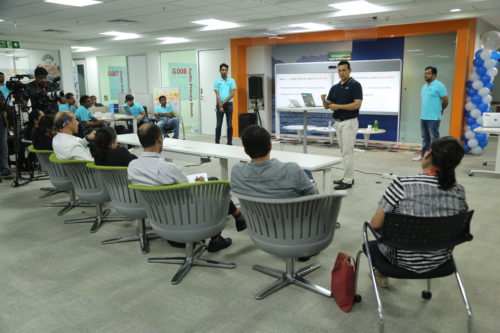 Leading thought leadership campaigns at Cisco for several years, it never ceased to amaze how the brand saw beyond the obvious and sought to find innovative solutions. Our narrative always demonstrated the power of the network and a connected future, even when digitization was unheard of. With ever-increasing scope of technology, our solutions have become stronger, bolder, powerful, and more importantly simpler and easier to implement. Our brand messaging from the erstwhile Human Network, to Internet of Everything, to Never Been a Better time, and to The Bridge to Possible, could not have better articulated Cisco’s vision, goals, capability, power, and will, when the rest of the world was busy navigating through the typical rat race. 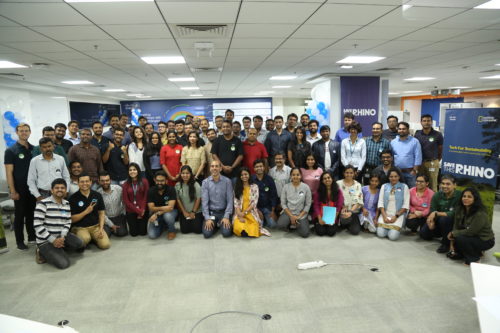 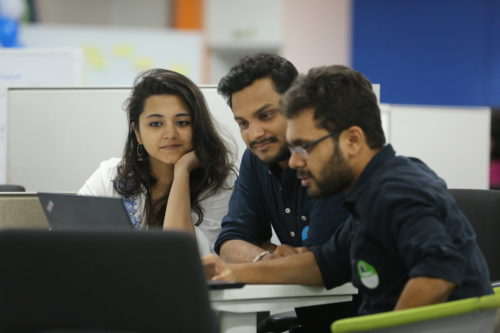 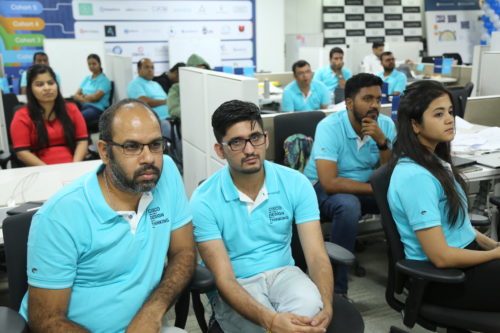 Personally, growing up in the mountains and facing several encounters with nature, I have always been a passionate wildlife enthusiast. The tech for sustainability campaign was like realising my own values. From the campus to the wilderness of Kaziranga National Park was a direct leap from thoughts to  action. As we drove through narrow roads, observing a world unique to non-human interference where the animals and birds trawled with buoyant ease and sureness, we often stopped to observe them for hours, in awe. We watched the deers, the elephants and the rhinos make their moves and gestures unmindful of one other.

At other times, when the rhinos got wind of our presence, we were enthralled by their instinctive moves to cover and shelter their young ones, the look in their eyes as they stared back at us sent us signals to back off from their space. It also showed they were aware, aware of what could happen, and how it would affect them. Several such telepathic moments exchanged over a few days with these rather innocuous inhabitants and heirs of the planet, drove home a very strong cognizance of what they are facing,  and more importantly, the actions that the human kindred must take. 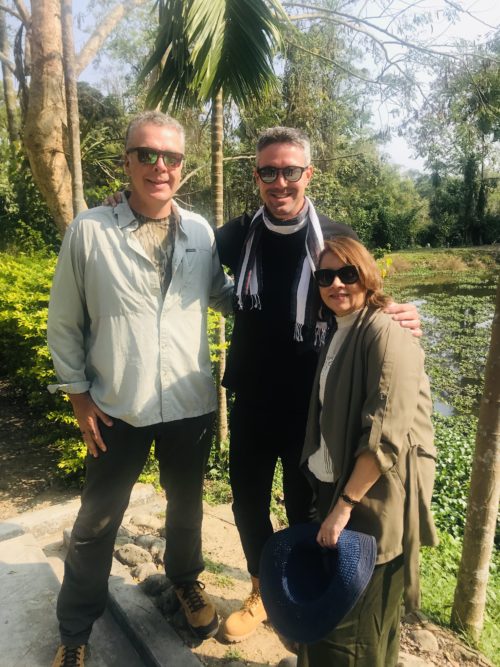 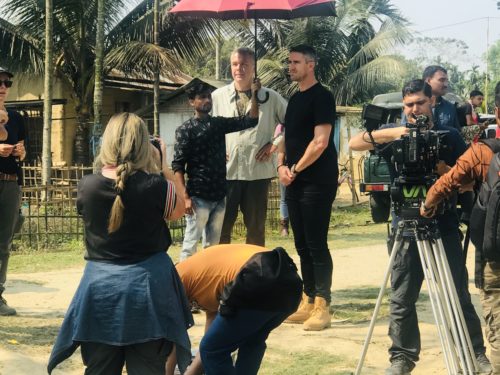 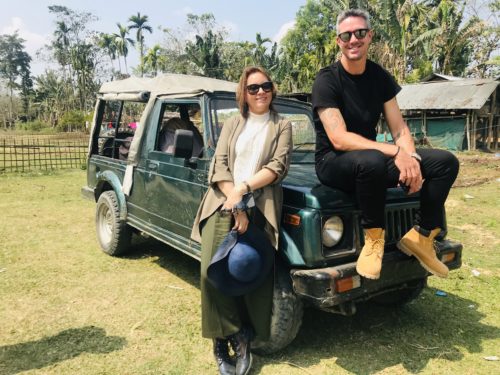 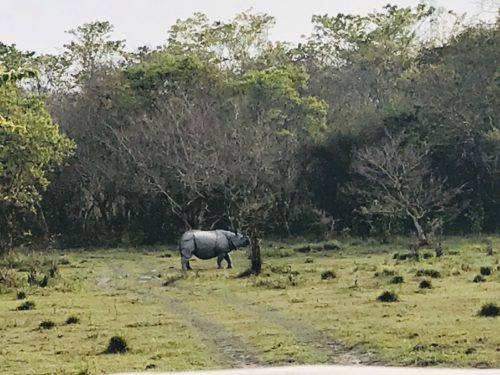 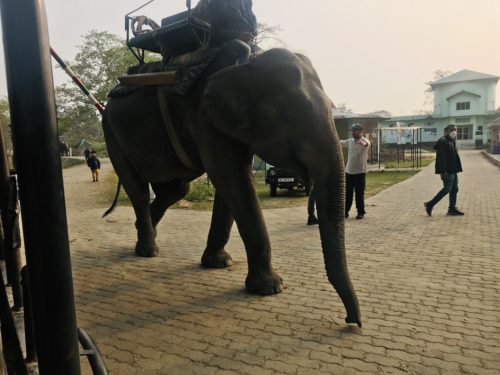 When David and I landed in Kaziranga, Kevin Pietersen, the team from This Film Studio, including Michael Lawrence, Nicolas Cook, Anna Trichet, Sarah Hatzon and the Nat Geo folks were already engaged in shooting the documentary several weeks in advance. The anecdotes shared over dinner kindled our excitement even further however brought home the enormity of the project we braved.

Being part of the team that was behind the camera, representing Cisco, was a once in a lifetime experience for me. Personally, I feel empowered and proud that I could do my bit to protect the planet. I’m motivated as an individual and as an employee of Cisco to go forth and be part of many such projects that will make the earth a better place for all of us – humans and animals alike.

The filming of the documentary enhanced my perspective to the imbalance we have created in our ecosystem. Poaching, a threat wildly engaged in across the region, has had adverse effects on these species. We launched the Cisco App designed and created specifically for forest officials and rangers to garner alerts signalling rhino distress in real-time. This was a solution that would help us to preserve the rhinos, also helping balance the ecosystem to a great extent. However, there is so much more that can and should be done. 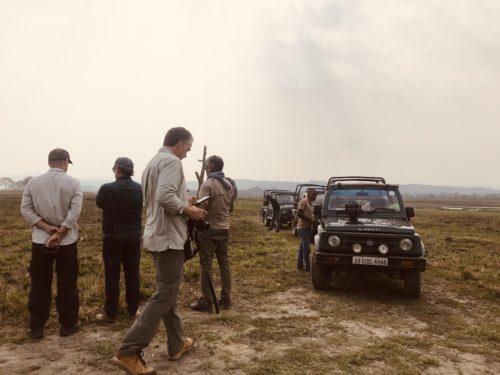 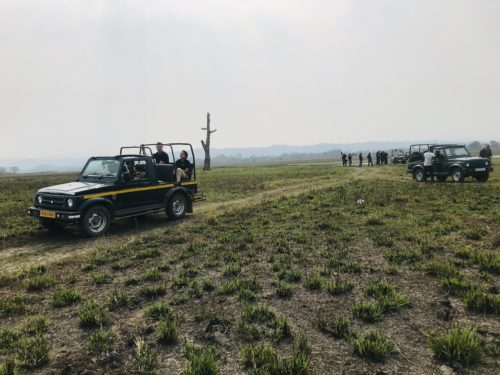 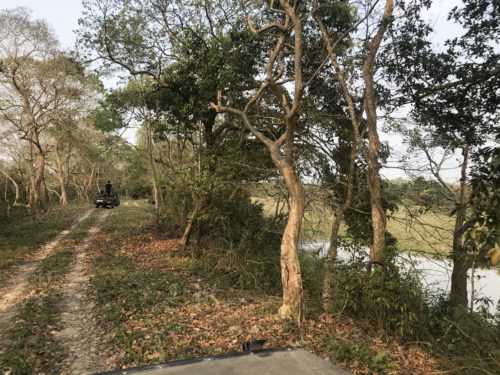 Our focus is now on fixing the devastation that comes with wildlife poaching, and saving endangered species.  Strategies and techniques are being implemented in other parts of the world by Cisco towards wildlife conservation. These technologies will never interfere with the rhinos day-to-day activities. Cisco’s conservation solution uses a network of sensors, cameras and machine learning tools to monitor the people that are entering the reserve, legally and illegally.  It has proved to reduce poaching incidents by 98% in the past three years across the globe.

This documentary is an inspiration to many on how Cisco technologies move beyond their core goal of  urban upliftment. It is helping us protect endangered species on  earth and giving them a safer place to thrive in. This program exemplified the potential that Cisco has to make a difference in the world, and how employee passion can be turned into real-world impact. We at Cisco, can set an example for others in the world on how their contribution can turn every forest into a wildlife sanctuary with sustainable technology.

The two-part documentary premiered on Nat Geo Wild, globally on the 22nd of September earlier this year on World Rhino Day, and repeated exclusively for India viewers on the 18th and 25th of October 2020 respectively. 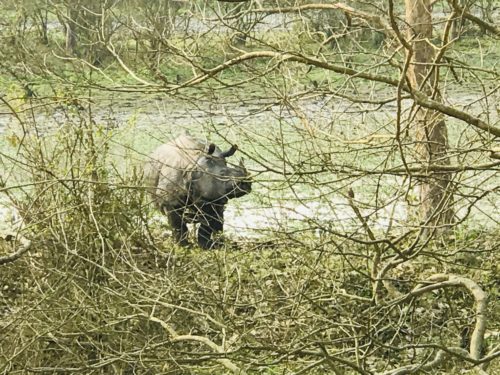 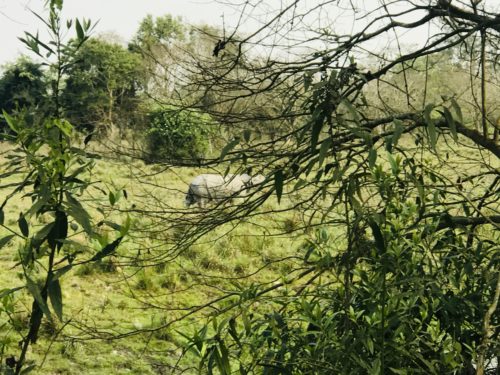 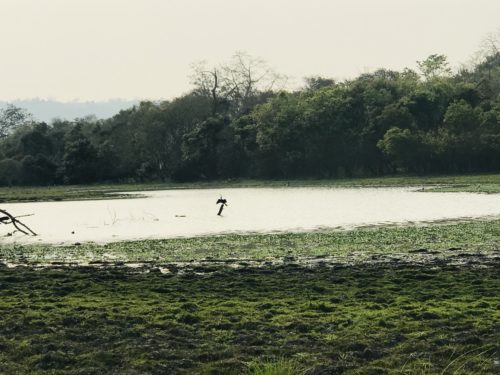 India is a nation that boasts of diversity in all aspects of culture, religion, language, nature and wildlife. A country with such rich offering strives to conserve the welfare of their unique assets. With a diverse offering, comes a diverse hardship of safeguarding it. One such challenge is the conservation of rhinos in India.

The Indian rhinoceros reduced in population due to severe poaching and habitat loss. The Kaziranga National Park in Assam is a popular spot for poaching rhinos. Over the years, the Assam Forest Department has addressed the threats facing Indian rhinos. However, this hasn’t completely brought an end to the danger to these endangered species due to the lack of sustainability of resources. Kaziranga National Park now accommodates the last remaining India rhinos. The time to take action is now! 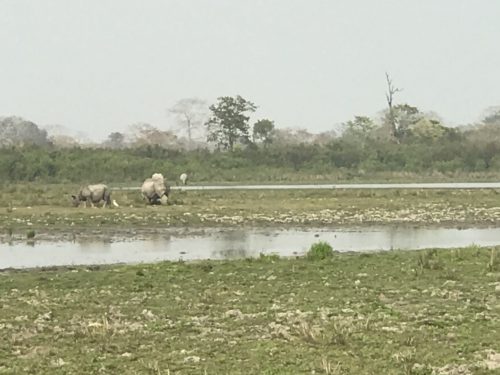 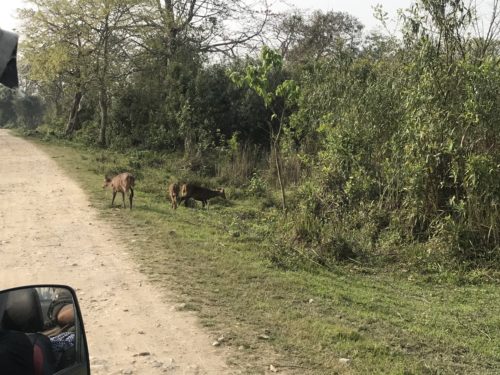 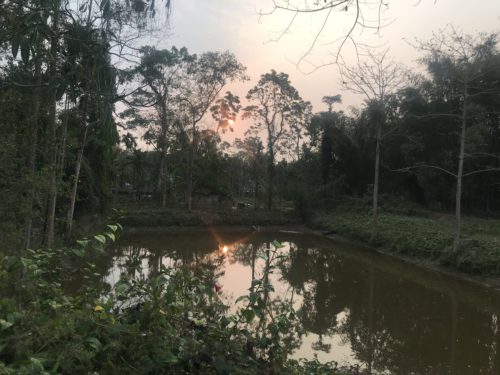