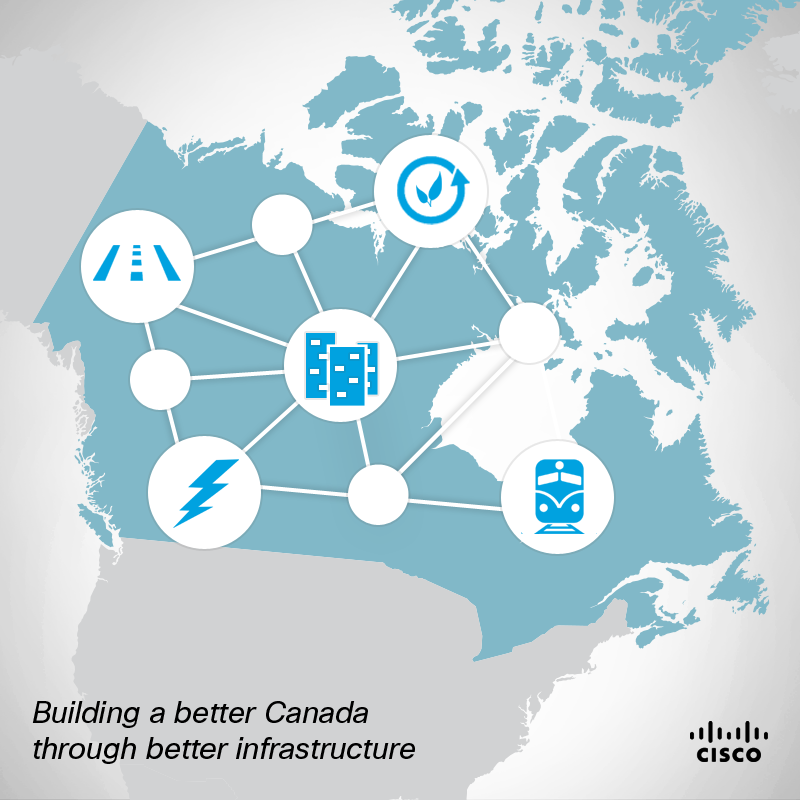 In a recent Globe and Mail article, four reputable Canadians present ideas to build a stronger Canada through better infrastructure:

Adrienne Clarkson argues that technology alone does not solve our public transportation issues. She states that there is more at stake and Canada will need to invest billions to get its public rail infrastructure on par with the average European country. Perhaps with few more billion dollars, Canada can also address its paved roadway problem. Between the lack of roads and the poor quality connecting Canada’s major cities – one of them explains my 75-minute commute – there simply won’t be enough money printed to upgrade Canada’s transportation infrastructure to levels that one may enjoy elsewhere.

Unlike Clarkson, I believe technology holds all of the power for more efficient transportation. But not in the way you may think.

Historically, a train station along a railway or an exit from major highway was a sign of economic activity and prosperity. Now we should be looking at laying a fabric of ultra-high-speed broadband that will connect all Canadians, institutions and business.

It may not solve the valid problems raised by Clarkson and Faber, but may add a new dimension that allows Canada to leapfrog ahead in the productivity and innovation trajectory, currently greatly held back due to the lack and poor quality of the nation’s infrastructure.

Don’t think of infrastructure renewal as a choice for trains or cars, but a complementary layer of bits and bytes. Canada is suddenly becoming smaller when we can connect the unconnected – from things, to processes, and people all across the country,  our First Nations, rural Canada and our metropolitan areas and everyone in between.

Creating Opportunity Through the Internet of Everything

Not only do technology connections flatten the world as it relates to collaboration, it also provides us the infrastructure to improve productivity and re-introduce innovation and entrepreneurship in the rapidly changing and global marketplace. As we connect more people and objects through the Internet of Everything (IoE), we can unleash new economic opportunities and fuel incremental business opportunities. We can also start to eliminate the inefficiencies in our communities and country.

The same technology that will allow us to run our country more efficiently, provide the means to collaborate more effectively and help deliver economic opportunity, will now also provide the platform on top of which to modernize our electrical and energy grids. From Smart Grids to Smart Cars, to Smart Lighting, to Smart Buildings, to Smart Everything–we have the opportunity to drastically alter the carbon profile of Canada and reduce our consumption exponentially.

As David Miller so eloquently described in the Globe and Mail article, “This is the Canada that’s possible, the Canada that does better than compete – that leads.”

What are your thoughts on revolutionizing our communities through technology? Let me know in the comment section below.